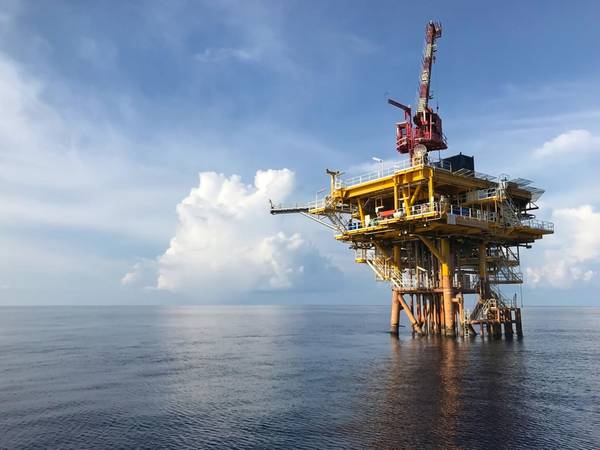 Recent turbulence in the price of light sweet crude oil futures has highlighted how little is known about the positions of traders and their impact on the formation of prices.

Exchanges and regulators see the positions of all members and traders on a daily basis but the information is confidential and not available to researchers even many years afterwards.

The most recent comprehensive study of how individual traders’ positions evolve over time in response to prices, dates back to 1949 and was based on records from a broker that closed in the 1930s.

The records, from one of the largest brokerages in Chicago, were analysed by the U.S. Department of Agriculture (“An analysis of speculative trading in grain futures”, USDA, 1949).

In recent decades, the lack of useful data about trading positions has hampered research into futures markets and price formation.

In other fields, including weather forecasting, huge strides have been made by analysing large quantities of data and looking at how macro-level phenomena emerge from micro-level interactions.

But research into futures markets and commodity prices has lagged behind because the data needed to perform the analysis is not available.

Researchers still cannot reconstruct trading activity and its impact on futures prices around the oil price spike in 2008 or the flash crashes of 2010 and 2012.

At the moment, researchers within exchanges and regulators have access to trader-level position data, but it is not available externally and research activity remains limited.

There is a strong case for increasing the amount of data published on historical positions, after a suitable delay, of perhaps 5, 10 or even 20 years.

The identity of individual traders should be anonymised. But much more granular data, even down to individual anonymised positions, should be made available.

Exchanges, traders and regulators have tended to emphasise the confidentiality of trading positions above other considerations.

Confidentiality is critical for current positions because otherwise individual traders, especially those with large positions, could be squeezed by other market participants.

It is also essential for recently closed positions since patterns could be reverse engineered to provide insights into current and future trading strategies.

But the argument for confidentiality is much less compelling for positions many years after the event – when both positions and strategies are likely to have changed.

In the longer term, the public interest in better understanding how futures markets work and the impact on prices faced by producers and consumers outweighs confidentiality concerns.

Futures markets provide public as well as private functions, which is why they have a special legal and regulatory status that sets them apart from other commercial marketplaces.

In many instances, futures prices serve as benchmarks, influencing prices incorporated in a wide range of other contracts by buyers and sellers that have no connection with the exchange itself.

As benchmarks, futures prices and trading are not simply a private matter of concern to traders themselves; there is a strong case for better public understanding of how they work.

At the moment, the only position data disclosed is contained in the weekly commitments of traders reports published by regulators and exchanges.

The U.S. Commodity Futures Trading Commission (CFTC) and its forerunners have been regularly collecting information on traders’ positions in futures markets since the 1920s.

Commitments of traders reports, detailing positions at a high-level of aggregation, have been published with increasing frequency since then – originally annually, then monthly, bi-monthly, and most recently weekly.

For many decades, positions were simply classified as commercial (covering mostly producers, consumers, processors and merchants) and non-commercial (all other traders).

The commercial and non-commercial classification scheme fitted contemporary theories about the risk transfer process and how prices were determined.

By the first decade of the 21st century, however, the classification scheme had become outdated and unreliable for serious analysis.

Following the surge in oil and other commodity prices in 2007/08, and under pressure from policymakers to increase market oversight, the CFTC introduced a new four-way classification scheme in 2009.

Since 2011, ICE Futures Europe has released its own commitments of traders reports for commodities traded in London, modelled on the same classification scheme as the CFTC employs.

Even with the new four-way classification, the commitment of traders reports are much less useful than they appear.

The CFTC’s reports are compiled from its large trader reporting system, which actually classifies traders in more than 20 categories.

Classifications are made by the CFTC based on the “predominant” business activity of the reporting organisation.

Classifications refer to traders not individual trades, so an oil producer that primarily uses futures to hedge but engages in some additional speculative trades will have all its trades reported in the producer category.

Trader classifications can change over time, either because the nature of their business changes, or because the CFTC receives additional information about their activities.

But the CFTC does not publish information on how individual traders are classified.

ICE Futures Europe performs its own classification exercise for traders with positions in Brent and gasoil and attempts to use the same criteria as the CFTC.

Since the CFTC does not share its classifications with outsiders, even the exchanges, there is no way to know whether ICE and the CFTC classify the same traders in the same way.

Published position data using the four-way classification are too broad and aggregated to support detailed analysis about the relationship between traders and prices.

Researchers cannot map which types of traders are assigned to which categories. Or even if the assignments are constant over time.

But exchanges and many market participants have opposed the disclosure of more detailed information on the grounds that it would create an unnecessary reporting burden for market users. “Although some users seek still greater granularity in the COT reports, it is important to recognise that the COT report is intended to be a tool that informs market users and the public by providing, in appropriately broad brushstrokes, a picture of the composition of the futures markets,” CME wrote in a letter to the CFTC in 2009.

“It is not designed as a surveillance tool for regulatory authorities who have access to detailed position data, as well as other data, for each reportable account, and who are able to obtain additional information.”

“In the light of the transparency that already exists ... it does not appear that initiatives that would require significant operational or reporting changes in order to provide still finer granularity to COT reports would add sufficient value to justify the imposition of these burdens on market participants.”

But the broad brushstrokes employed in the commitments of traders reports limit the accuracy of any analysis of futures prices and markets based on them.

Researchers and market-users deserve more information about trading patterns and their impact on prices, and it could safely be provided, in some cases with an appropriate delay.

There is always a balance to be struck between confidentiality and transparency; at the moment it is not being struck in the right place.