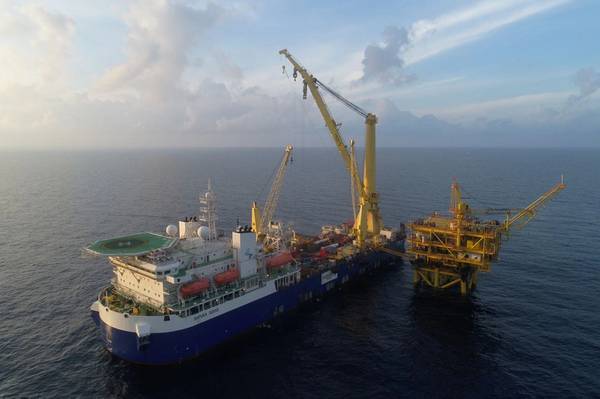 Malaysia's largest oil and gas services company Sapura Energy said on Thursday it expects a delay in projects due to the historic rout in oil prices and as widespread coronavirus shutdowns hit demand.

"Delays are inevitable," Chief Executive Shahril Shamsuddin said in an earnings conference call, adding that it could take 18-24 months for the oil market to recover due to high inventory levels.

Sapura is aiming to lower operating costs by at least 500 million ringgit ($115.90 million) per year to adapt to the drop in demand and oil prices, Shahril said, adding that the company was budgeting for a long-term oil price of $40 to $45 per barrel.

Brent crude rose around 10% to $24.90 a barrel on Thursday, though not too far from a more-than-20-year low hit earlier this month.

Demand has been hit by movement and business curbs implemented to contain the spread of the coronavirus. The Organization of the Petroleum Exporting Countries (OPEC) and other major producers have announced output cuts.

The losses included impairment charges of 3.04 billion ringgit and a 438.8 million ringgit provision to account for project delays.

The Malaysian firm had announced salary cuts and job cuts earlier this week. The company is also looking to refinance loans by the end of the year, Shahril said.