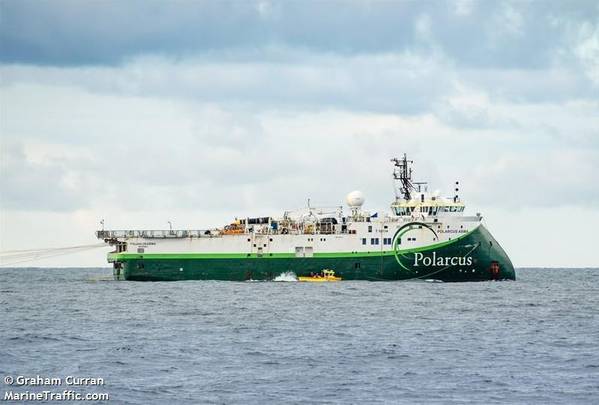 Oslo-listed marine seismic services company Polarcus has signed a contract for a survey in the Asia Pacific region.

Polarcus said Wednesday that it had received a deal for an XArray marine seismic acquisition project, without disclosing the identity of the client nor the financial details.

The seismic company said the survey would start in June  2020 with a  duration of approximately 1 month. Polarcus did not say which vessel it will be using for the project.

Polarcus' vessel AIS data show the company has two vessels in the wider Asia Pacific region, the Polarcus Asima in Australia, and Polarcus Alima in Malaysia.

News of the new seismic survey contract comes as a refreshment in an otherwise depressing offshore seismic market hit by low oil prices and the Covid-19 pandemic.

According to a report by Norway's Rystad Energy issued earlier this month, offshore seismic contractors, especially the owners of survey vessels, are the ones who will suffer the most from low oil prices and COVID-19 when it comes to the oil and gas supply chain.

The Norwegian energy intelligence firm said that offshore seismic revenues were estimated to fall in 2020 by 51% in a $30 Brent scenario and by 77% if the Brent falls to $20, compared to levels seen in 2019.

Polarcus earlier this month said it would reduce workforce and employees' salaries, and stack survey vessels, as a response to the uncertainty marine seismic industry is facing.