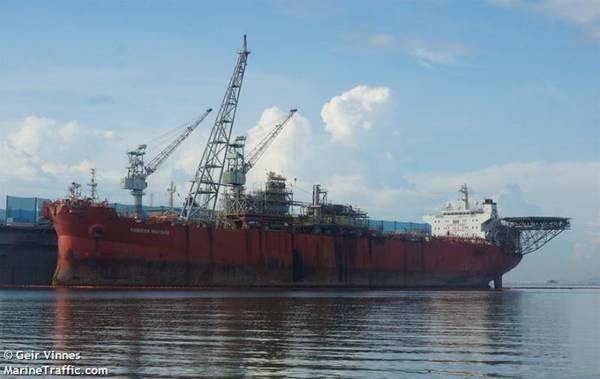 KrisEnergy, a Southeast Asia-focused oil company, has started proceedings against FPSO owner Rubicon at the High Court of Justice Business and Property Courts of England and Wales.

The oil company is reacting to a claim recently made by Rubicon demanding a $2.84 payment in relation to a 2014-charter of the Rubicon Vantage FPSO, deployed at KrisEnergy's Wassana field in the Gulf of Thailand as an FSO.

Rubicon has also threatened with a winding-up petition against KrisEnergy subsidiary KEGOT unless the payment is made.

In a statement on Monday, KrisEnergy - working on debt restructuring - said KEGOT "has now issued proceedings in the High Court of Justice Business and Property Courts of England and Wales against Rubicon."

KEGOT is seeking damages for breaches of the Rubicon Vantage FPSO bareboat charter; damages for misrepresentation; and an indemnity in respect of the Judgement amount previously awarded by the English High Court in respect of claims under the Guarantee.

Also, KrisEnergy has informed that an affiliate of Rubicon, Maritime International Services Pte Ltd has sought to make a demand against the company in relation to a parent company guarantee to secure the performance of KEGOT’s obligations to Maritime under a contract for the operations and maintenance of the “Rubicon Vantage” floating storage and offloading facility dated October 2014.

Maritime is seeking payment under the O&M Guarantee in respect of the sum of approximately US$5.4 million.

"[KrisEnergy] takes the view, in consultation with legal advisors, that Maritime is not entitled to claim under the O&M Guarantee. The company intends to vigorously resist and refute any and all allegations or claims made against it," KrisEnergy said.