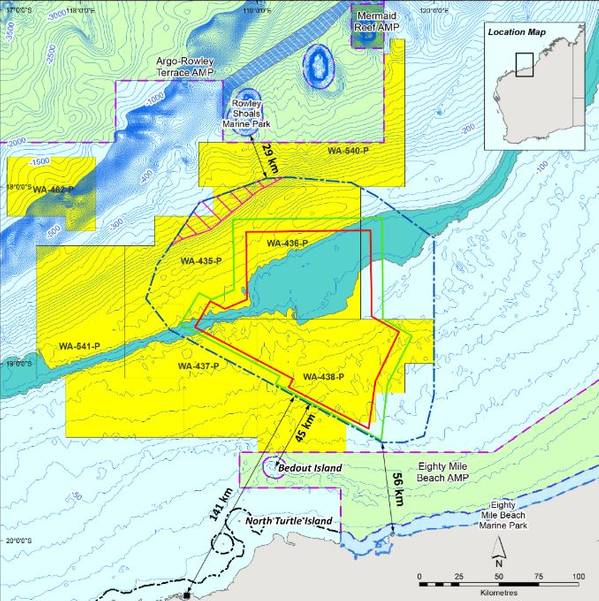 Australian offshore oil and gas safety regulator NOPSEMA has approved oil company Santos' application for a 3D seismic marine survey in the Bedout Sub-basin in Commonwealth waters off the coast of Western Australia.

The survey data is required to develop regional geologic models to inform the exploration permit retention strategy, and the potential location of future drilling of exploration and development wells.

Seismic acquisition will be via methods and procedures similar to other seismic surveys conducted in Australian waters. The seismic survey vessel will travel along a series of pre-determined lines towing streamers with  hydrophone.

As the survey vessel travels along the lines, sound waves will be directed down through the water and into the geology below the seabed. The sound that reflects back is measured by the hydrophones and is later processed to provide information about the structure and composition of geological formations below the seabed.

The survey may be acquired in stages. The exact area to be acquired in each stage will be determined based on operational and timing factors, and in consultation with key stakeholders, NOPSEMA said.

In order to avoid sensitive fish spawning and whale migration periods, the acquisition of the survey will only be undertaken between 1 February to 31 July in any given year.

The survey will take at least 132 days to complete, with operations occurring on a 24-hour basis.   The survey Operational Area defines the area within which the seismic survey and support vessels will operate and is approximately 20,160 km2. Water depths across the Operational Area range from ~40 m to 250 m.

NOPSEMA granted its approval to Santos on April 9, 2020.