Royal IHC, a Dutch marine equipment and vessel provider, has said that extensive tests have been completed on a new seabed geotechnical drill designed for offshore wind and oil and gas markets, and the rig will now go on seatrials before hitting the market.

The seafloor rig, named SWORD (sonic wireline-operated remote drill), has, according to Royal IHC, has successfully completed an extensive testing program including harbor trials. The seafloor rig has been developed by TI Geosciences LTD, a start-up backed by Royal IHC.

"SWORD is now ready to be set-up onto its permanent vessel and start sea trials, the final milestone before entering the market. Discussions are progressing with major operators in all concerned industries: Offshore Wind, Oil & Gas, Offshore Mining for operating SWORD to the benefit of their projects," Royal IHC said.

The company says that SWORD collects undisturbed soil samples and in situ testing data for the purpose of designing foundation or anchoring of offshore structures, or alternatively for assessing mineral resources for mining.

"But unlike conventional drilling vessels, SWORD does it sitting on the seabed and controlled from the surface, thus eliminating heave effect and reducing weather dependency," Royal IHC explains.

TI Geosciences LTD is a corporate start-up supported based in Blyth, UK, and it benefits from the support and global reach of IHC’s international network of office, production and engineering facilities.

Martijn Schouten, Executive Director at TI Geosciences, said: “Despite the most challenging current context, SWORD is rising strong interest from major players in all three targeted industries. SWORD will be disruptive in its contribution to lowering costs and reducing uncertainties in the development of offshore projects." 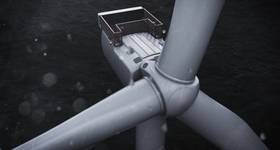 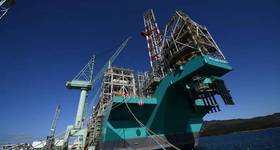 Petronas to Increase Role of Renewables in its Portfolio...