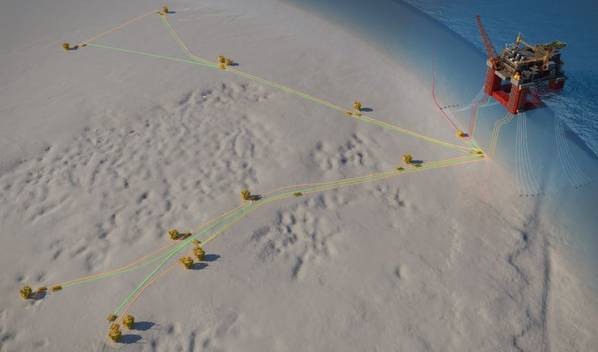 Woodside Petroleum halved its forecast spending for 2020 and deferred go-ahead decisions for its two biggest gas projects to ride out the pain of the coronavirus pandemic and plunging oil prices.

Australia's top independent gas producer said on Friday it would slash total planned spending this year by around 50% to $2.4 billion. That included cutting investment spending by 60% to around $1.8 billion and operating expenses by $100 million.

"These are extraordinary and challenging times for us. A few months ago no one could have really foreseen these circumstances," Woodside Chief Executive Peter Coleman told analysts on a conference call.

Woodside's cuts are larger than those already announced by seven of the world's major oil companies, including Saudi Aramco and Royal Dutch Shell, which are at around a drop of 20% from their original plans.

Coleman said Woodside's decisions would also help position the company to chase acquisition opportunities that might emerge rather than tying it down to development projects, and could allow it to return cash to shareholders.

"We entered this period in good shape and intend to get through it and be ready to pursue opportunities when they arise," he said.

Asked about "inorganic growth" opportunities, such as snapping up partners' stakes in its projects, he said: "Clearly we, like everybody else, are looking at those particular opportunities, but I'd say it's too early to conclude that we'll go one way or the other."

Woodside said it would defer a final investment decision on its $11 billion Scarborough project, co-owned by top global miner BHP Group, and its Pluto LNG expansion to 2021. It had targeted a go-ahead on the twinned projects in mid-2020.

An investment decision on the $20.5 billion Browse project has also been deferred, to an unspecified date.

In spite of the crash in global oil and gas demand and virus-induced uncertainty, Woodside said it has continued to see gas demand from its core customers in north Asia.

As a result, it has not been forced to trim production and has reaffirmed its output forecast of 97-103 million barrels of oil equivalent in 2020. However, it expects to feel the full impact of lower prices late in the second quarter.

It has hedged 11.85 million barrels of oil between April and December at an average price of $33.47 a barrel.

Analysts said Woodside's cuts were prudent at a tough time.

"We think there is a reasonably high likelihood that the $500 million of discretionary expenditure remaining in CY20 will continue to be pared back considering the choppy oil market," Citi analyst James Byrne said.

Woodside's shares, down nearly 50% over the past three months, rose 3% on Friday in a broader market down 0.9%.

The company recently began work on its other major growth project, the $4.2 billion Sangomar oil project off Senegal. Coleman said no major spending deferral is expected on the project, due to start producing in 2023.

However it has run into supply chain issues on well-head parts for Sangomar, as they are manufactured in northern Italy, one of the regions worst hit by the coronavirus.

(Reporting by Sonali Paul in Melbourne and Nikhil Kurian Nainan in Bengaluru; Editing by Maju Samuel and Richard Pullin)