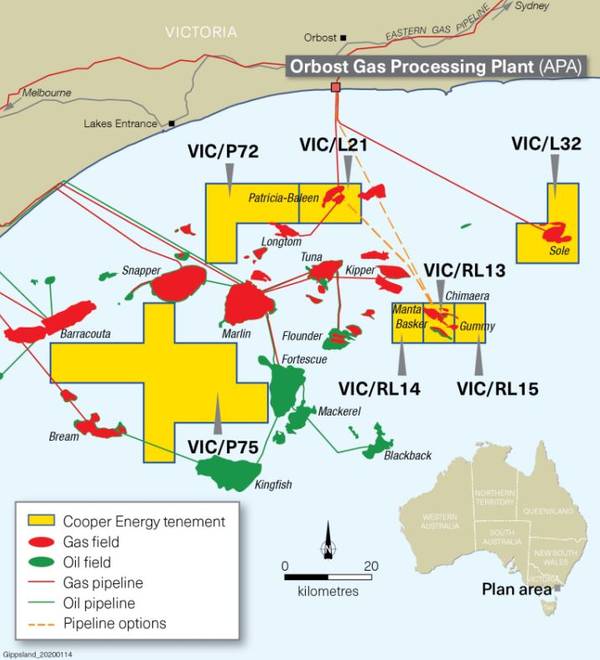 Australia's Cooper Energy has said that the production of gas from its Sole gas project is set to begin later in February, with full production aimed for March.

The company said Tuesday the Sole Gas Project had passed a critical milestone with the entry of gas from the Eastern Gas Pipeline into the Orbost Gas Processing Plant in East Gippsland, Victoria, Australia.

The Orbost Gas Processing Plant is being upgraded by APA Group (APA) to process gas from the Sole gas field. The Orbost plant commissioning was previously interrupted due to the bushfires delaying the Sole production start-up.

Cooper said last month that delays with the plant meant delays with the start of gas supply from Sole to contracts that were scheduled to begin in January 2020. However, the company assured that the delays were accommodated through deferral to start dates or through the availability of supply from other sources without penalty to Cooper Energy.

Now, commissioning of the Orbost plant is proceeding towards its second phase, which will include the introduction of gas from Sole and the commissioning of raw gas processing facilities, ASX-listed Cooper said Tuesday.

The development and commissioning of the Sole offshore field has been completed and the field is ready to supply gas.

Completion of second phase commissioning is to be followed by a plant production test and the start of the firm gas supply from Sole.

First gas flow from the field to the plant is anticipated later in February. Full rate production and commercial operation for firm gas supply are anticipated in March 2020.