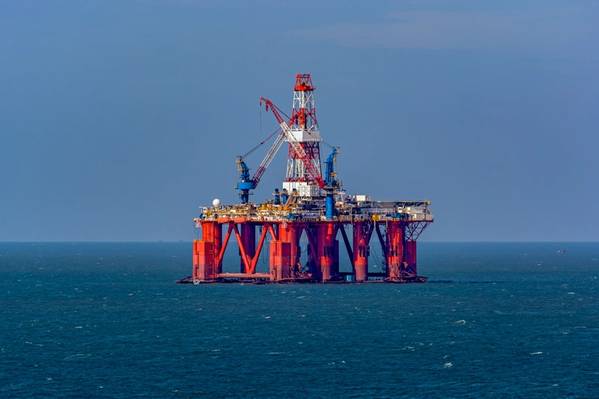 The drill bit still plays a key role across the region, with exploration increasingly the domain of national oil companies

Reports of the death of exploration have been greatly exaggerated. Since the 2014 oil price downturn, the industry has re-imagined exploration. Spend has halved since its peak, and only the boldest exploration teams now take difficult wells in tough locations to their investment committees. The focus is on opportunities where discoveries have a clear path to commercialization.

The industry is high-grading assets, and drilling fewer and better wells. Globally, exploration drilling fell by almost 60% between 2013 and 2018. But at the same time, discovery rates have risen, with 2019 being particularly strong. Global exploration discovered 22 billion barrels of oil equivalent (boe) last year (predominantly gas), nearly double of 2018, and our highest initial view of volumes since 2015.

Critically, exploration is making money. Discovery costs are back to levels of a decade ago and exploration full-cycle internal rates of return (IRR) are now in the 12%-14% range. The unwavering mantra of value creation resonates across every aspect of exploration today.

Asia Pacific is a key part of the exploration success story

High impact wildcat successes around the Atlantic margin have grabbed headlines, but exploration drilling across Asia Pacific has played its part in the sector’s revival. Last year was a record year, with five of the top 20 biggest global discoveries drilled in-region. And while the current count of Asia Pacific exploration and appraisal wells was down year-on-year, discovered resources were up by over 0.6 billion boe. I expect these numbers to rise further as some national oil companies (NOC) provide more data. 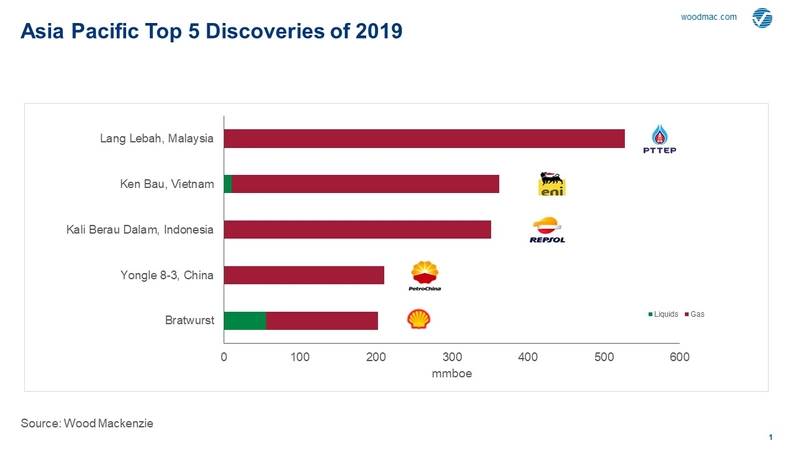 Southeast Asian exploration success dominated in 2019, continuing a successful three-year run in the region. And unlike the global trend of frontier exploration, Asia Pacific’s largest discoveries mainly targeted gas in mature basins, including previously-drilled prospects being reevaluated with new data and interpretation.

PTTEP’s Lang Lebah discovery offshore Sarawak, Malaysia was for me the standout success. This high-pressure, high-temperature shallow water discovery is estimated to hold at least 3 trillion cubic feet (tcf). The operator will now target an accelerated path to monetization through Malaysia’s liquefied natural gas (LNG) export infrastructure, which lies a little more than 50 kilometers away.

Despite the successes of 2019, Asia Pacific exploration will continue to be highly focused in 2020. Nonetheless, there are several high-impact exploration wells to watch this year.

Emboldened by recent success, PTTEP is finding its stride in both neighboring Malaysia and Myanmar. The company’s Shwe Nadi well in the Moattama Basin in Myanmar will target deepwater gas in partnership with Total, and could prove critical in opening the Andaman Sea. 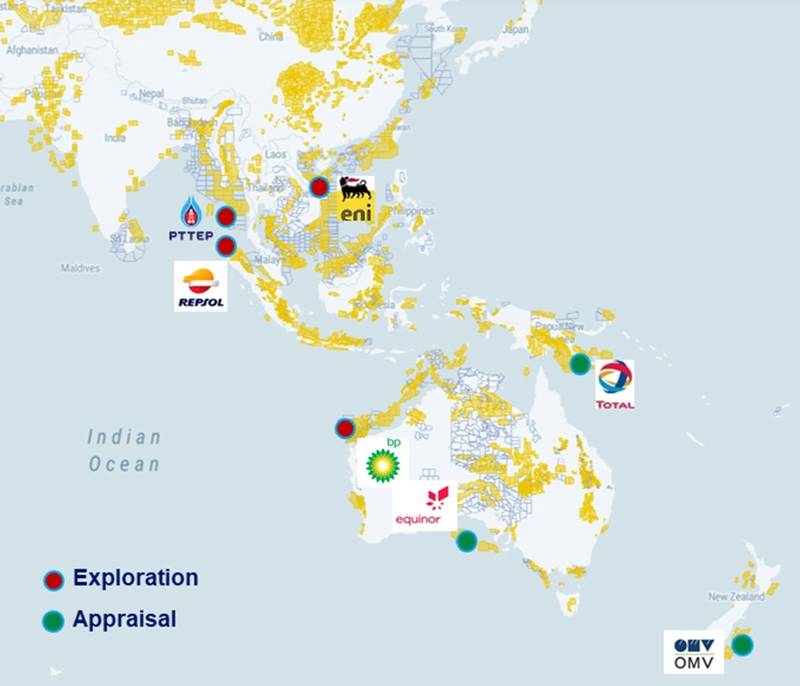 After a bounty year for exploration, the focus is now switching to delineating some of 2019’s key discoveries. Proving commerciality won’t be easy. PTTEP’s Lang Lebah in Malaysia and Eni’s Ken Bau in Vietnam are both high pressure, high temperature (HPHT ) and encountered a mix of CO2 and/or H2S, while CNOOC’s Yongle 8-3 in China and Repsol’s Kali Berau Dalam in Indonesia are fractured basement reservoirs. Appraisal drilling will be crucial in establishing the scale of these technical and geological challenges, while confirming size and commerciality.

Given their greater ability to tolerate increased financial and geological risk, the Majors will continue to dominate high-impact exploration. But here in Asia Pacific, I see the NOCs increasingly stepping up as key explorers. Clearly, this is in part linked to the Majors reducing their exposure to the region’s largely mature, gas-prone basins, though that only tells a part of the story.

Asia’s NOCs are growing in confidence in their own exploration abilities. Success breeds success, and I believe this will lead to a greater exploration role not just in-region but globally. Driven by necessity, CNOOC is already a comfortable deepwater player on the world stage, while PETRONAS has increased its exposure to high-impact plays in countries such as Brazil and Mexico. Others will follow. It’s anecdotal, but exploration experts we talk to in the Asian NOCs remain positive in their outlook for the sector.

It would be naïve not to believe that, driven by the energy transition and technological progress towards improved recovery from existing resources, exploration is diminishing in terms of overall importance within the industry. But Asia can and should still attract exploration dollars. With strong domestic gas demand growth, further investment in regional exploration and appraisal makes sense. The explorers may be changing but opportunities remain.

APAC Energy Buzz is a blog by Wood Mackenzie Asia Pacific Vice Chair, Gavin Thompson. In his blog, Gavin shares the sights and sounds of what’s trending in the region and what’s weighing on business leaders’ minds.