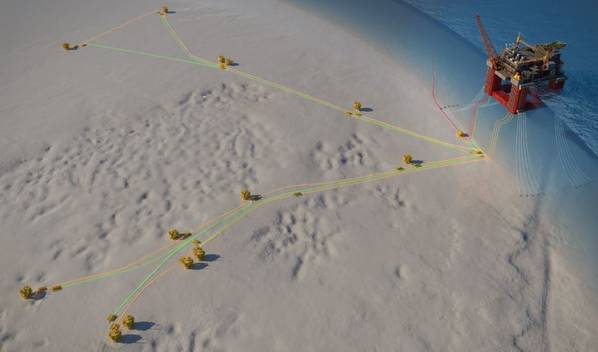 Australia's Woodside Petroleum Ltd warned on Thursday the coronavirus outbreak is hampering its efforts to seal gas deals and sell stakes in a key growth project, as it reported a 25% drop in annual underlying profit.

The profit fall was in line with expectations due to lower oil and gas prices and weaker output from the Pluto LNG plant, but Australia's top independent gas producer warned the virus was weighing further on prices and affecting broader sentiment.

"It's been a tough start to the year," Coleman told Reuters, referring to two cyclones which have hit Western Australia, tough negotiations on its Senegal oil project and its $20.5 billion Browse project, plus the coronavirus.

He said the company will focus this year on its $11 billion Scarborough project and put on hold efforts to secure an agreement for its long-delayed Browse project to supply gas to the North West Shelf LNG plant, all in Western Australia.

Scarborough and Browse, Australia's biggest undeveloped gas field, are key to driving Woodside's planned 6% growth a year in output through 2028.

It now aims to make a final investment decision in "late 2021" for Browse, at least six months later than previously flagged. "We've pushed it really hard. We've just said it's time for us to all just step back for a while," Coleman said.

Woodside's talks to line up gas sales and sell part of its 75% stake in Scarborough to help it fund the project have been slowed by travel restrictions and weak gas prices due to the coronavirus, Coleman said.

"The longer the coronavirus goes on people will form the view that distressed assets may come on the market," he said. Spot liquefied natural gas (LNG) prices in Asia slumped to a record low below $3 per million British thermal units last week as gas demand in China has dropped. "We're not going to get any help from the market with respect to pricing," Coleman said.

S&P Global Ratings warned on Thursday that prolonged uncertainty in selling down the Scarborough stake "could place downward rating pressure" on Woodside's BBB+ rating, with the main risk when it hits peak spending on its projects, between 2021 and 2022. Woodside's underlying profit, which excludes one-off charges, fell to $1.06 billion in 2019, from $1.42 billion a year earlier.

Including a $720 million writedown on its undeveloped Kitimat LNG assets in western Canada, net profit after tax fell nearly 75% to $343 million. Woodside's partner at Kitimat, Chevron Corp, deemed the project unable to compete with others worldwide in a weak LNG market. Woodside's shares slipped 0.5% in a flat broader market.

Despite the challenges, Coleman said Woodside set itself up well by raising $2 billion in a share sale two years ago. "Our breakeven costs are the lowest they've been for many, many years and we've got plenty of debt capacity ahead of us. It's almost like, 'Thank goodness we saved for a rainy day, 'cause it's starting to sprinkle,'" he said. 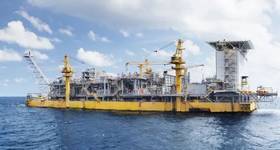 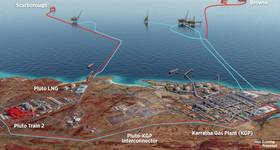