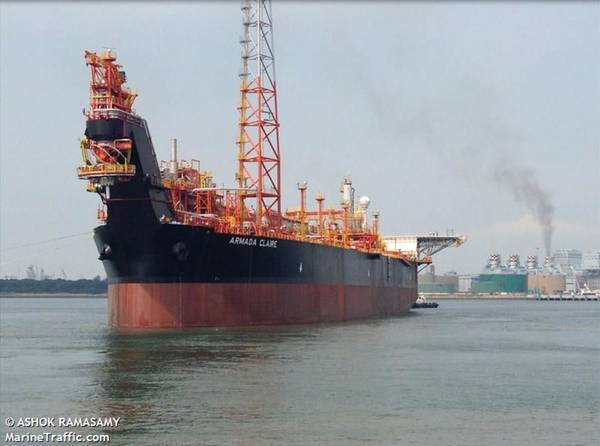 Malaysian FPSO supplier Bumi Armada might appeal a recent ruling by an Australia court in an FPSO contract termination case against the Australian oil company Woodside.

Woodside in 2016 terminated the contract for the Armada Claire FPSO unit that was operating at the Balnaves Field, offshore north-western Australia since August 2014. This led the FPSO owner to file a claim for a breach of contract, seeking millions in damages.

AS OEDigital reported last week, the Supreme Court of Western Australia on January 24 ruled in favor of Woodside, dismissing Bumi Armada's claim of Woodside's repudiation of the contract.

In a statement on Tuesday, January 28, Bumi Armada confirmed the Supreme Court had ruled in favor of Woodside.

Bumi also said it was found to be entitled to a payment of USD 2,000,050 for unpaid milestone claims and AUD341,165.29 for unpaid invoices. Also, Bumi Armada was found to be required to pay Woodside AUD1,567,302.20 for reimbursement of miscellaneous charges.

"Bumi Armada is currently reviewing the judgment and considering possible grounds of appeal. Any appeal is to be lodged by 14 February 2020. Bumi Armada will provide updates from time to time on any further material developments on this matter," Bumi Armada said Tuesday.

The 240-meter-long Armada Claire converted into FPSO by Keppel in 2013, has been listed as „available for re-deployment“ on Bumi Armada's website. According to available info, the FPSO with 30,000 bpd production capacity has been cold-stacked in Batam, Indonesia.