The cargo is for delivery in early March and was traded on a delivered ex-ship (DES) basis, the sources said.

The cargo was sold at around $4.40 to $4.60 per million British thermal units (mmBtu), two of the sources said, though this could not immediately be confirmed.

Aramco Overseas Company, a unit of Saudi Aramco, is a major shareholder in S-Oil, which is South Korea's third-largest refiner.

Saudi Aramco, the world's top oil producer, is eyeing projects around the world to gain a firm foothold in international gas business, in its bid to be a major player in gas.

Aramco Trading sold its first LNG cargo on the spot market in late March, last year to an Indian buyer and has since been gradually ramping up its trading business.

It signed a 20-year deal to buy LNG from a forthcoming export terminal in Port Arthur, Texas that U.S.-based Sempra Energy is developing and has been in discussions in Pakistan and Bangladesh to potentially supply LNG.

It also hired an LNG trading manager early this year and already has an LNG executive who is handling business development. 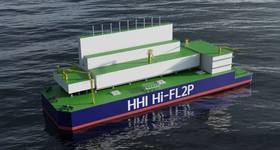