Oil Consumption Tracking is All About Asia 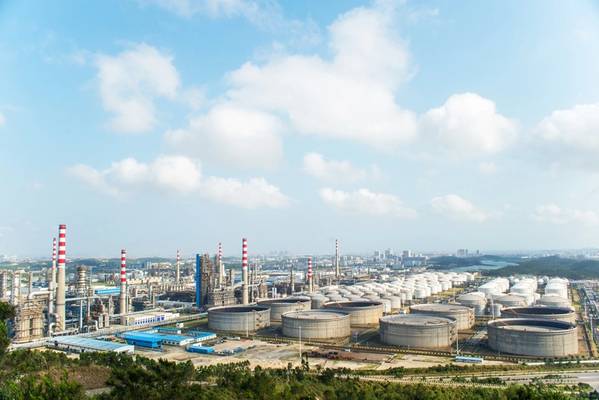 Oil market analysts must make sense of a bewildering array of statistics about production, consumption and inventories, compiled and published with varying definitions and degrees of accuracy and timeliness.

The challenge is to form an accurate and nuanced picture of the whole market capable of generating useful forecasts, without becoming lost in the insignificant details.

The World Bank identifies around 200 economies in the world, but on the consumption side, at least, only a handful are individually important for market analysis.

The oil market is best thought of as a complex adaptive system.

Complex systems are “large networks of components with no central control and simple rules of operation that give rise to complex collective behavior”.

From the demand side of the oil market, however, the only countries worth tracking individually are those with consumption large enough to affect the market as a whole and changing fast enough to alter equilibrium.

Just ten countries account for well over half of global oil consumption and three-quarters of the incremental growth over the last decade, and these are the ones it is crucial to follow closely.

Other countries are too small to have an individual impact, though they can make a difference in groups when consumption changes collectively in response to common global influences such as price spikes and recession.

The most important influence on global oil consumption growth comes from China and India, which are large and fast-growing consumers.

China’s oil consumption hit 13.5 million barrels per day (bpd) in 2018 and had grown by an average of 5.5% per year over the previous decade, according to data from BP.

China and India accounted for 19% of all oil consumption worldwide last year and 58% of all consumption growth over the last decade.

The two Asian giants play an increasingly dominant role in consumption analysis and stand in a category of their own.

The United States accounts for roughly 20% of global consumption, slightly larger than China and India combined, but its slow rate of growth means it has a much less decisive impact on price formation.

(U.S. influence on oil prices is felt mostly from the production side, as a result of its role as the world’s largest and fastest growing oil supplier).

Finally, Japan and Germany, medium-sized oil consumers which exhibited relatively rapid rates of declining oil use over the last decade.

Canada is a similar-sized oil consumer but exhibited only very slow growth in 2008-2018, making it relatively unimportant analytically.

Tracking global oil consumption is mostly about following closely what is happening in these key consuming countries.

The remaining 190 economies consumed 40% of global oil but accounted for less than a quarter of the decade growth.

These economies are too small to have a significant influence on oil consumption and prices individually, though they can have important effects in aggregate.

Oil price spikes and slumps have a synchronized and significant impact on consumption on these other economies, big enough to help move the market.

Global and regional business cycles also tend to have a common impact on consumption in these economies that can be significant in aggregate.

And commodity price cycles (including both oil and non-oil commodities) can have a significant common impact on commodity-dependent exporting countries that shows up in their collective oil consumption.

Trends in the top ten oil consumers therefore provide a useful proxy for the broader oil market – making the task of tracking worldwide consumption growth much simpler and easier.

(John Kemp is a Reuters market analyst. The views expressed are his own. Editing by Jane Merriman)