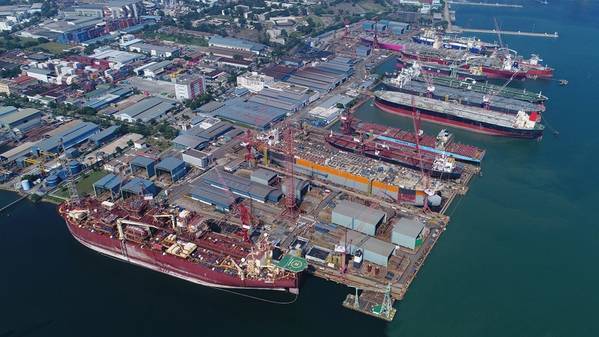 Singapore state investor Temasek Holdings is offering to buy control of conglomerate Keppel Corp in a S$4.1 billion ($3 billion) deal that could hasten a consolidation in the rig building sector which is battling the effects of low oil prices.

The announcement, which confirmed what two sources with knowledge of the matter told Reuters earlier on Monday, boosted shares in rig builder Sembcorp Marine by 12% on expectations of a likely shake-up in the industry. Shares in Sembcorp's parent Sembcorp Industries rose 10%.

Keppel's offshore and marine unit, and Sembcorp Marine, the two local players, have been hit by a prolonged downturn in the global sector in the last five years as oil prices tumbled.

"There has long been talk of a potential restructuring of businesses under the Keppel Corp and Sembcorp Industries stable such as the merging of the offshore & marine yards," said Low Pei Han, senior research analyst at Bank of Singapore.

Temasek said if the deal is completed, it would seek to work with Keppel's board to undertake a strategic review of its businesses.

Temasek already owns 20.5% of Keppel and said it would increase its stake to 51%, subject to domestic and foreign regulator approvals which could take many months.

An indirect fully owned subsidiary of Temasek will offer S$7.35 in cash for each Keppel share, a premium of nearly 26% over the last traded price of S$5.84. Keppel shares, halted for trading earlier on Monday, have been languishing just above a three-year low struck in late August.

"The partial offer reflects our view that there is inherent long-term value in Keppel's businesses, notwithstanding the challenges presented by the current business and economic outlook," Tan Chong Lee, Temasek International's president, said in the statement.

Keppel is involved in rig-building, property development, infrastructure and investments.

Both Keppel and Sembcorp Marine were among a host of firms caught up in Brazil's wide-ranging "Car Wash" corruption probe. In late 2017, Keppel's rig-building unit paid $422 million to resolve charges it paid bribes to secure contracts in Brazil, including with indebted Brazilian firm Sete Brasil.

Keppel and Sembcorp Marine said earlier this month they had reached settlements with Sete Brasil over longstanding contracts to build drillships and rigs.

Temasek does not plan to delist Keppel, which would remain listed on Singapore Exchange.

"It's a good time for them to increase their stake, get it past 50%. But then it's not going to be a straightforward partial offer because of the regulatory requirements," said Justin Tang, head of Asian research at United First Partners.

Morgan Stanley is the sole financier adviser to Temasek for the offer.