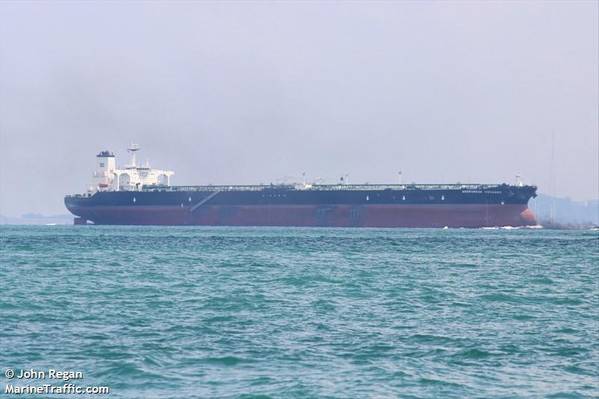 Occidental Petroleum Corp provisionally chartered a supertanker to ship U.S. crude to South Korea for a new record of $13.25 million in November, three shipping sources familiar with the matter said on Monday.

The Very Large Crude Carrier (VLCC) Maran Andromeda was chartered by Occidental on Friday for an estimated November 20 departure, according to one shipbroker and Refinitiv Eikon shipping data.

Global shipping rates, and in particular U.S. Gulf Coast to Asia, have skyrocketed after the United States in late September imposed sanctions on two units of China's COSCO, alleging involvement in ferrying crude out of Iran.

U.S. Gulf Coast exporters have held back on chartering COSCO-linked vessels and scrambled to replace those already on charter over the past two weeks, traders and shipbrokers said.

Occidental is one of the biggest exporters of U.S. crude and routinely ships to Asian buyers, trade sources said. The company did not respond to requests for comment.

A fully loaded VLCC can carry between 1.9 million and 2.2 million barrels of crude oil.

A different supertanker owned by Maran Tankers could also be used for Occidental's cargo if the Andromeda cannot be chartered, two shipping sources said.

Freight rates for U.S. Gulf Coast to China remained elevated at about $13 million on Monday, according to data from shipbroker McQuilling Services.