Papua New Guinea will press Exxon Mobil Corp for "far better" terms on its P'nyang gas project than the government secured in a recent agreement with Total SA for its Papua LNG project, the country's petroleum minister said.

The P'nyang field will help feed an expansion of Exxon's PNG LNG plant. If negotiations for the project are protracted, that could delay Exxon's $13 billion plan with Total's Papua LNG to double the country's liquefied natural gas exports by 2024.

Talks on P'nyang were put on hold earlier this year when the government sought to revise Total's Papua LNG agreement. That deal was finally endorsed in early September, with minor concessions from Total.

Formal talks on the P'nyang project have yet to begin, with the government waiting for information from Exxon, PNG Petroleum Minister Kerenga Kua told Reuters on the sidelines of the annual LNG Producer-Consumer conference in Tokyo.

Asked whether the government would seek the same terms from Exxon on the P'nyang project as it secured from Total, Kua said: "It has to be better. It has to be far better. That's the key point."

Exxon Mobil, which is also a partner in the Papua LNG project, said it is looking forward to working with the PNG government to conclude the gas agreement for the P'nyang project ahead of decisions on design work for the addition of three new processing units, called trains, at PNG LNG.

"The verification of the gas agreement for the Papua LNG project confirms the commitment of all parties to make the project a success and provide value for all stakeholders," an Exxon Mobil spokeswoman said in emailed response to Reuters when asked to comment on Kua's remarks.

The push to extract more benefits from the P'nyang project is part of a wider effort by PNG's new government to reap more rewards from the country's mineral and petroleum resources to lift the country out of poverty.

Kua said the government would begin working with foreign investors next year to review natural resource extraction laws, which mostly stem from before PNG won independence in 1975.

The country is already in the process of revising its Mining Act, and next year will look to update its petroleum legislation to match regulations in other nations that produce LNG.

"In early 2020 the government will look at such changes in our regulatory set-up in close consultation with our development partners," Kua said at the conference.

"This consultation is necessary to ensure Papua New Guinea is walking forward in lock-step with its investors," he said.

"Whilst attracting FDI (foreign direct investment) in the oil and gas sector, reaping and sharing the rewards involving this valuable resource must be equitable to our development partners, investors, and the host government and its people." 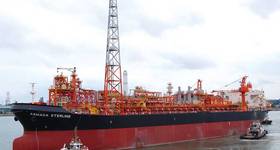