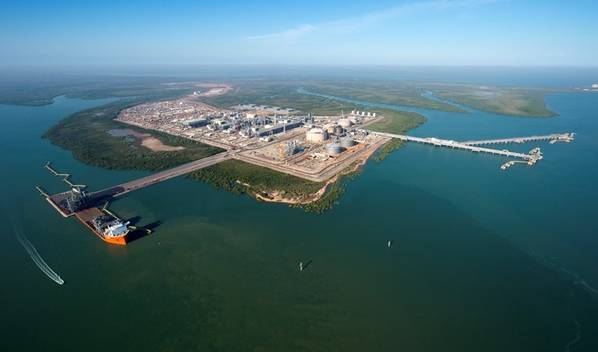 Inpex Corp, Japan's top oil and gas company, wants to expand in Australia at its Ichthys liquefied natural gas (LNG) plant and through potential acquisitions, as part of a plan to become a major regional gas company, its Australian boss said.

"In Australia our focus is on fully utilizing our Ichthys LNG facilities while creating a solid base for future expansion," Inpex's president director for Australia, Hitoshi Okawa, told Reuters in an interview on Friday.

Production at Ichthys LNG, Japan's biggest foreign investment, has rapidly climbed towards its full capacity of 8.9 million tonnes a year (mtpa), quicker than typical for LNG projects, especially for a company building its first one, consultants Wood Mackenzie said.

"The ramp-up of our operation is going very well," Okawa said, adding that he expects to be able to declare soon that it has reached full capacity. The original plan was to reach plateau production within two to three years of start-up.

As of Friday, the company had shipped 78 LNG cargoes from Ichthys, as well as 18 liquefied petroleum gas (LPG) cargoes and 36 condensate cargoes, he said.

While Ichthys has operated smoothly, construction of the plant was plagued by delays, with the first LNG cargo in October 2018 nearly two years behind schedule. The project's cost blew out by 32% to $45 billion.

Inpex set out in its "Vision 2040" to become a top-10 global oil company and a major gas company in Asia and Oceania, paving the way for expansion in Australia, alongside its three other core areas of Japan, Indonesia and Abu Dhabi.

Inpex has space to add four LNG production units, called trains, at Ichthys LNG and has five points along its 890 kilometer (553 mile) pipeline from the Ichthys field to Darwin where pipelines from new gas fields could be tied in.

Gas for any expansion of Ichthys could come from offshore fields or from Inpex's acreage in the promising Beetaloo shale basin in the Northern Territory, where the company is going through the approval process to start exploring, Okawa said.

The company recently won approval to explore over 14,000 square kilometers in waters off northwestern Australia.

"Our target is oil," Okawa said. "It's very large acreage. First we'll do the seismic then we'll see what happens."

"At this moment, we would not rule out any opportunity to meet with our Vision 2040," Okawa said, when asked about the Cash Maple opportunity.