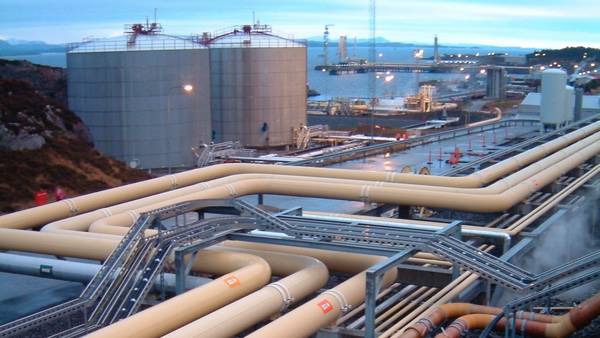 A fire onboard an oil tanker at Norway's Sture crude export terminal has been put out, the fire service told Reuters on Friday.

The fire broke out in the engine room of the Dubai Harmony tanker during loading at the Equinor oil terminal on Norway's west coast, according to rescue services and police.

No one was injured, and the terminal's output was not affected by the incident, although there was a partial evacuation of staff.

"The head of the response team on the site confirms that the fire was put out at 1257 CET (1057 GMT)," Trine Sommerlade, fire brigade spokeswoman, said in a text message to Reuters.

The fire broke out while the vessel was docked, with 23 crew on board.

"The incident happened during loading of oil from Sture," said a spokesman for Equinor, the terminal's operator, adding that the fire did not affect the terminal's output. Equinor received the first report of the fire at 1102 CET (0902 GMT).

Refinitiv Eikon AIS data showed the Dubai Harmony as the only ship docked at the Sture oil terminal. The Aframax-type ship can carry up to 115,340 deadweight tonnes, AIS data showed.

The ship's owner, Dubai Navigation Corp, said it was unclear what caused the fire.