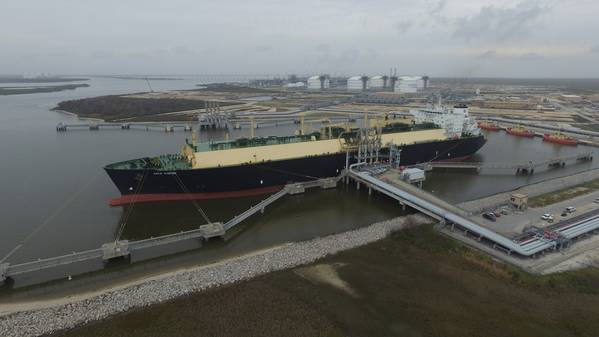 Cheniere Energy Inc said on Monday it is conducting previously scheduled turnarounds on Trains 3 and 4 at the Sabine Pass liquefied natural gas (LNG) export terminal in Louisiana as part of its maintenance plan for the facility.

The company did not say when the units would likely return to service but noted "a good general guide for timing" was work on Sabine Trains 1 and 2 earlier this year that lasted about three weeks.

Cheniere has five liquefaction trains operating at Sabine and two at its Corpus Christi LNG export terminal in Texas.

The total amount of gas flowing to Sabine fell to 2.3 bcfd on Sunday from a high of 3.8 bcfd last week, according to data from analytics firm Refinitiv.

In addition to the work at Sabine, gas flows to Corpus were down to 0.8 bcfd on Sunday from 1.4 bcfd last week, according to Refinitiv.

Since Sabine is the biggest LNG export terminal operating in the United States, the decline cut the total amount of gas flowing to all of the nation's export terminals to 4.1 bcfd on Sunday from around 6.0 bcfd last week, according to Refinitiv.

Cheniere also told Sabine customers that work was planned for the Gillis compressor station from Aug. 5-13 that would reduce capacity on the Creole Trail pipe to the plant as low as 0.8 bcfd for nine days.

The amount of gas flowing on the Creole Trail pipe declined to 0.5 bcfd on Sunday from around 1.2 bcfd last week, according to Refinitiv.

Sabine was the first big LNG export facility to enter service in the Lower 48 U.S. states. When Sabine shipped its first cargo in February 2016, the United States was not exporting any LNG.

Since then, the country has became the fourth-biggest exporter of the fuel in the world in 2018, behind Qatar, Australia and Malaysia, and is on track to overtake Malaysia and become the third-biggest in 2019 and the biggest LNG exporter in the world in the mid-2020s.