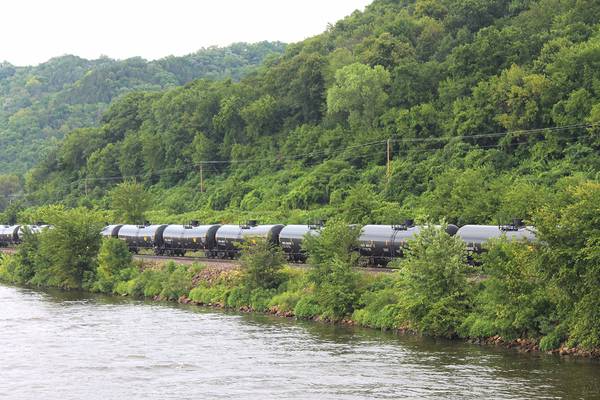 Canadian Natural Resources, the country's biggest oil and gas producer, is looking at taking on the Alberta provincial government's contracts to move crude by rail, a senior company executive said on Thursday.

Shipping more crude by rail is seen as critical for Canadian oil producers due to congested pipelines that forced Alberta to order mandatory oil curtailments this year.

Alberta's United Conservative Party government said in June that it would divest rail contracts amounting to 120,000 barrels of crude per day (bpd) to the private sector this fall. The contracts were signed by the previous New Democratic Party government.

"To go forward with it, obviously it has to make sense, but we're in the process and we're looking at it," Canadian Natural President Tim McKay said on a quarterly conference call.

In an interview, McKay said the government had set a deadline by the end of August to receive proposals from bidders. He declined to say how much volume Canadian Natural wants to take on.

"We have to look at it from the company's perspective in terms of the economics and how it works into our whole operational piece," he said.

Railways moved 285,131 bpd of Canadian crude in May, the most since January when curtailments took effect, according to the National Energy Board.

Curtailments have been effective in draining Alberta's oil in storage and in averting job losses, McKay said. The company expects the mandatory cuts to last through 2019.

Canadian Natural shares fell 5% in Toronto, in line with broad weakness in the sector as global oil prices sank.

By Rod Nickel and Taru Jain