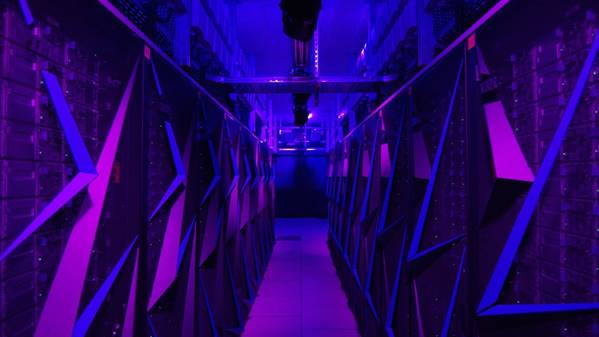 Energy major Total said its new supercomputer - which has propelled it to a world ranking as the most powerful computer in the sector - will enable its geologists to find oil faster, cheaper and with a better success rate.

The Pangea III computer build by IBM will help process complex seismic data in the search for hydrocarbons 10 times faster that before, Total said on Tuesday.

Petaflops is a measurement of computing power.

The computer ranks as number 1 among supercomputers in the oil and gas sector, and number 11 globally, according to the TOP500 table which ranks supercomputers twice a year.

Oil and gas companies, along with other industrial groups, are increasingly relying on powerful computers to process complex data faster. This enables them to cut costs while boosting productivity and the success rate of projects.

Total did not say how much it had invested in the new supercomputer.

The company's senior vice president for exploration, Kevin McLachlan, told Reuters that 80% of the Pangea III's time would be dedicated to seismic imaging.

"We can do things much faster," he said. "We are developing advanced imaging algorithms to give us much better images of the sub-surface in these complex domains and Pangea III will let us do it 10 times faster than we could before."

Total said the new algorithms can process huge amounts of data more accurately, and at a higher resolution.

It would also help to locate more reliably hydrocarbons below ground, which is useful in complex environments where it is exploring for oil trapped under salt, such as Brazil, the Gulf of Mexico, Angola and the Eastern Mediterranean.

McLachlan expected the increased computer power to affect Total's success rate in exploration, because of the better imaging, and in oil well appraisals, development and drilling.

"What used to take a week, now takes us a day to process," he said, adding that tens of millions of dollars of savings would be made on the oil wells as a direct result of obtaining better images.