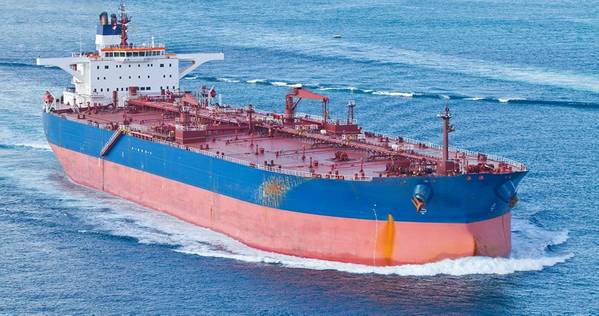 The United States and its allies may need to to start escorting commercial vessels to prevent further attacks in Gulf oil shipping lanes, Gulf sources and experts said.

Even then, the conventional naval and air capabilities of Western and Gulf powers tasked with policing vital commercial waters may be of limited use against the asymmetric warfare tactics suspected in recent operations, including naval mines.

Six tankers have been hit in the past month in two attacks near the Strait of Hormuz, through which almost a fifth of the world's oil passes, and Washington and Riyadh have accused Iran of being behind them, which Tehran denies.

Two senior U.S. officials said on Thursday that the United States is discussing with its allies a variety of options on how to protect international shipping in the Gulf of Oman after two tankers, bearing Norwegian and Japanese flags, were crippled.

"We don't think this is over," one of the officials said of the possibility of more attacks.

"The Americans and others are speaking about the need for enhanced security in and around shipping routes, for protection for commercial vessels as a first step to convoys, and ability to fire under new rules of engagement at hostile speed boats approaching such vessels," one of the Gulf-based sources said.

"You could see other powers sending navy ships eventually. It is a slower process now as moves are explored within the United Nations and to build a coalition."

Another source said the feasibility of Washington and its allies sending naval convoys to accompany tankers would need to be studied given heavy traffic in a confined waterway. It also risks exacerbating tensions.

The Strait of Hormuz is 21 miles (33 km) wide at its narrowest point, with the shipping lane just two miles (three km) wide in either direction.

John Hammersmark, director of the security and crisis department at the Norwegian shipowners association, added: "The threat posed in this area is very hard for ships to defend against."

"It is the international community that has to take action with the measures they have at hand, not least government bodies. If this gets worse, shipping will come to a halt, at least parts of it," he told Reuters.

Saudi Arabia, the world's top oil exporter, said on Thursday it had stepped up readiness to face any threat.

Some experts say much depends on how President Donald Trump deals with Iran after his decision to exit a 2015 international nuclear pact last year, reimpose sanctions on Tehran and raise the U.S. military presence in the Gulf in response to perceived Iranian threats.

U.S. and Saudi officials also blamed Tehran for a May 12 strike on four ships, including two Saudi oil tankers, off the United Arab Emirates, which is submitting evidence to the U.N. Security Council. Tehran accused the three allies of "warmongering".

U.N. chief Antonio Guterres has said the world cannot afford "a major confrontation in the Gulf region". China, the European Union and others called for restraint from all sides.

Riad Kahwaji, CEO of the Dubai-based Institute for Near East and Gulf Military Analysis, said either the international community could push Washington to ease up on Iran, or continued attacks could encourage global pressure against the Islamic Republic.

"If there was going to be a war ... it will be the international community against Iran. No one wants to slide into a lone war against Iran," Kahwaji said.

The burden, he said, would fall on Western powers, particularly the United States but including France and Britain, to protect regional waters.

"I would not be surprised to see the Chinese and Japanese sending ships to escort at least tankers and ships flying their colours," he said, given their dependence on Gulf oil.

The situation is reminiscent of the tanker war that erupted in 1984 during the eight-year Iraq-Iran conflict. Both sides attacked tankers and merchant ships in the Gulf in an escalation that threatened global oil supplies and internationalised the conflict.

Lloyd's of London estimated that 546 commercial vessels were damaged and about 430 civilian sailors killed. To facilitate safe passage, the United State provided military protection by having its ships escort tankers, some of which carried the U.S. flag. The Soviet Union also agreed to charter tankers.

"What's happening now is different, this is not an open conflict. How to protect waters and for how long is a big question. We don't want a war," said the second Gulf source.