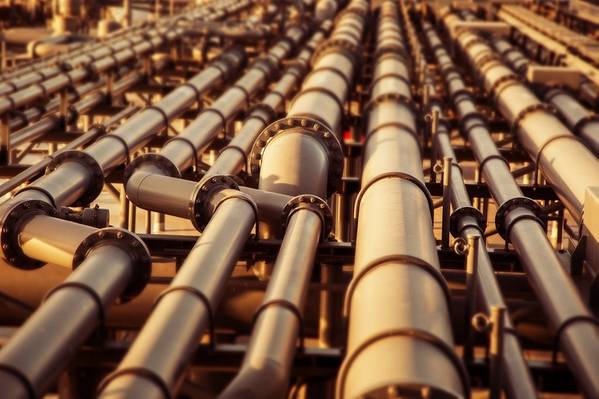 More than a million tonnes of contaminated oil from Russia's Druzhba ("Friendship") pipeline, expected to be shipped back from Belarus, will end up at Russian refineries and export ports after being diluted to usable levels, sources have told Reuters.

The pipeline was halted in April after excessive levels of organic chloride used in oil extraction were found on the million-barrel-per-day pipeline that crosses Belarus and serves customers as far west as Germany.

Pipeline operator Transneft, which denies responsibility for the contamination, has agreed to pump back 1.3 million tonnes of oil from Belarus and has begun doing so.

It has pledged to reduce organic chloride levels that in some places topped 300 parts per million (ppm) to a usable 6 ppm by blending tainted crude with clean oil in its network, according to three industry sources who spoke to Reuters on Friday.

"Dirty oil will be stored and slowly diluted with clean volumes that go to Russian refineries and to all main ports - Novorossiisk, Primorsk, Ust-Luga," the source said.

The oil will first be stored in tanks along the Russian part of the Druzhba pipeline, one of the sources said.

From Unecha near the border with Belarus it will be sent along the Unecha-Samara pipeline to storage in the Samara region which can store up to 1.5 million tonnes of oil, the source said.

Once mixed with clean flows it will be delivered to refineries in European Russia, the Baltic Sea export ports of Ust-Luga and Primorsk and Novorossiisk on the Black Sea, the sources said.

Transneft and the Energy Ministry did not reply to Reuters requests for immediate comment.

Refiners in the Volga region, central and southern Russia - the heart of Russian refining - are expected to face a rise in organic chloride levels, the sources said.

"We monitor organic chlorides daily in crude we receive. So far so good, but we prepare for the worst, it's better to be prepared," said a refinery source in the south.

"I think we're fine if organic chloride content stays under 10 ppm, but we may have to cut runs a bit depending on volumes of anti-corrosive additive needed and its efficiency," another source at one of Russia's major refineries told Reuters.

A couple of independent refineries in the south have already received a couple of contaminated cargoes and these showed organic chloride content of some 4-5 ppm, traders said.

For European refiners, the 6 ppm chloride limit will not please all buyers, with traders noting some will baulk at anything above 0.5-1 ppm.

"Some of the (European) buyers just want to stay away from any organic chloride content above regular 0.5-1 ppm. So it may affect the demand," another trader in the market for Russia's Urals crude said.

Urals cargoes loading from Ust-Luga are traded with a discount to 'clean' Primorsk cargoes, traders said, despite the fact that organic chloride content in Ust-Luga was back to up to 4 ppm.

"It all depends on the refinery, but lots of European plants are not designed to take anything higher than the normal 1-2 ppm," a source at a European trader told Reuters.

"So if organic chloride content rises we may see more Urals arbitrage to Asia as they won't have any problem with it."

Some 700,000 tonnes of contaminated Russia Urals loaded from Ust-Luga are on the way to Asia, Reuters data shows.

That timeline also worries some refiners.

"There will be a ripple effect for months with a multi-layer market," a source at a large Italian refiner told Reuters.

"They tell us it will all be in line with standards, but 2 ppm and 5 ppm are two different things. What if something goes wrong with mixing and I get 10 ppm or more instead? I'll only know this when the crude is onboard, that's no good," another trader in the Urals oil market said.