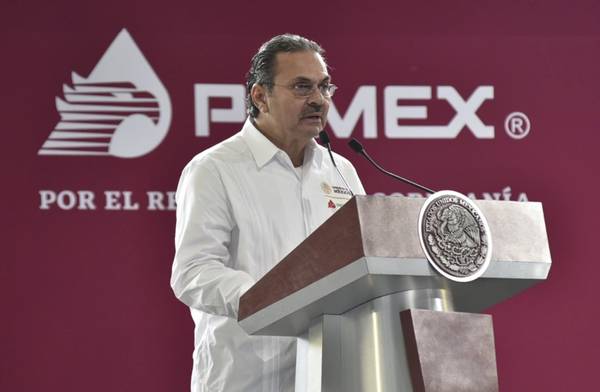 Petróleos Mexicanos’ (Pemex) US$8 billion bank loan comes amid heavy investor uncertainty over the oil company’s debt load, but lenders wanting to maintain links with Pemex and the left-wing administration overseeing the firm may have little choice but to commit to the financing.

The state-backed oil producer is tapping its relationship banks to refinance a chunk of liabilities, a big ask when there is minimal visibility over Pemex’s refining capabilities and doubts over future revenue for a company that was once a darling among fixed-income investors.

“No one is excited about it,” said a senior banker following the transaction.

“The credit is very difficult. Everyone is doing it because it is owned by the Mexican government. Mexico would never not support it,” said a second senior banker of the government’s implicit guarantee of the company’s finances.

Pemex has battled declining oil production levels for a decade now and remains hamstrung by approximately US$106.5 billion in debt. But as one of Latin America’s most widely traded credits, bankers understand the importance of participating in Pemex’s large-scale transactions. The company’s correlation to Mexico, meanwhile, links Pemex to an emerging market sovereign with a burgeoning energy infrastructure pipeline and integral ties to the US.

Pemex’s new US$8 billion financing is the largest-ever of its type for the company and it pays 235bp over Libor, which some banks consider a premium to relative debt offerings, according to the two senior bankers. Pemex’s US$1.5 billion revolving credit line, maturing in November and signed in 2016, paid 185bp over Libor.

But at Baa3/BBB+/BBB-, Pemex today is teetering on the precipice of junk status. A new bond issue would likely prove expensive, leaving the oil producer with few cost-effective refinancing options beyond the bank market.

“The bank loans are definitely credit positive for Pemex,” said a capital markets banker in New York. “It lets them kick the can down the road as far as possible and they do not look silly issuing a new bond at circa 7% [in yield terms].”

JP Morgan, HSBC and Mizuho officially launched the transaction on Tuesday morning ahead of bank meetings in Mexico and New York over the coming weeks before allocating the debt among a syndicate of lenders, according to two other banking sources familiar with the transaction.

Pemex and the trio of leads have reached out to 19 relationship banks, requesting commitments between US$300 million and US$550 million apiece, the second senior banker following the transaction said.

“Eight billion is a lot of money. They don’t have one hundred banks. They’ll need all of them,” this banker said.

Mexican President Andrés Manuel López Obrador (AMLO), in an unprecedented move, was quick to laud the government’s banking relationships, announcing the US$8 billion transaction on Monday at a press conference alongside executives from Pemex and the three lead banks.

“The banks are showing confidence, and we thank them,” AMLO said at the press conference in Mexico City.

Historically, the market’s trust in Pemex stemmed from its ownership by the Mexican government, which suggested its likelihood of default was as little or as high as that of the country.

“If Pemex defaults, it would be Argentina on steroids,” the first senior banker said referring to the chaos the South American nation created by defaulting on its foreign debt in 2001.

AMLO’s rhetoric since assuming the presidency has pushed Pemex closer to the refining business from the profitable oil and gas exploration and production sector, which has left investors perturbed over the future of the oil company.

“Everyone is a little less comfortable with the new government,” the second senior banker said.

The administration has outlined plans to build an US$8 billion oil refinery in the state of Tabasco and earlier this year said it would inject Pemex with roughly US$5.6 billion in funds to capitalize the company and provide it with tax breaks. Investors, however, have little certainty or visibility on when or if this will happen.