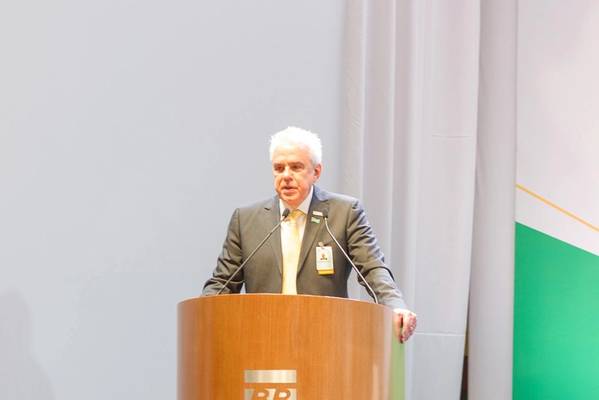 Brazil's national energy council on Thursday published updated parameters for a massive oil auction scheduled for later this year, including minimum levels of profit-sharing with the government, while also urging a shakeup in the refinery sector.

The country is set to auction off rights to excess oil in the so-called transfer-of-rights (TOR) offshore area in October, having settled a long-running dispute with Petroleo Brasileiro SA, which had already begun exploration there.

Companies will bid in the form of the percentage of profit they are willing to hand over to the government, with the CNPE energy council setting minimum profit-sharing levels. Those payments are made in the form of oil.

CNPE also passed a resolution promoting the sale of refineries by firms that have a dominant share of the refining market. The council said free competition should be encouraged in the sector and it would be in the national interest if competing refineries were bought by competing firms.

While CNPE did not mention state-run Petroleo Brasileiro, known as Petrobras, by name, the company has announced a plan to sell off eight refineries in a process that it has said could fetch some $15 billion.

Roberto Castello Branco, the chief executive of Petrobras, has said it is important that no regional refining monopolies are created via the divestment process.

Some analysts, however, have criticized the Petrobras divestment plan, as the firm will retain almost all refining capacity in the states of Sao Paulo and Rio de Janeiro, home to over 60 million people.