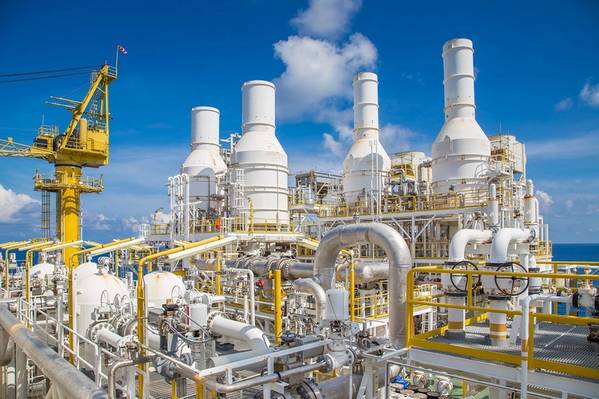 Oil prices slipped nearly 2 percent on Tuesday, on track to fall to their lowest levels in over a month as renewed doubts over U.S.-China trade talks stoked concerns over global growth and demand even though U.S. sanctions on Iran and Venezuela tightened supply and helped stem losses.

If the futures close at their current levels, it would be the lowest settle for Brent since April 4 and WTI since March 29.

U.S. President Donald Trump on Sunday said he would raise tariffs on $200 billion worth of Chinese goods from 10-25 percent by Friday. The comments dragged on both Asian and U.S. stock markets.

"An escalation in the U.S.-China trade war has brought oil prices under renewed pressure," said Abhishek Kumar, head of analytics at Interfax Energy in London.

"The spat has reinvigorated demand-side concerns, given that the conflict has been adversely impacting prospects for global economic growth."

On the supply side, oil markets remain tense with the United States tightening sanctions on Iranian oil exports and plans to bulk up its forces in the world's top oil-exporting region.

U.S. officials announced on Sunday that the movement of an aircraft carrier strike group and a bomber task force towards the Middle East was meant to counter "credible threats," but Tehran dismissed the move as "psychological warfare."

"The threat of military action with Iran appears to have heightened ... This has allowed the oil complex to gain some footing after WTI has been beaten down during the past couple of weeks by some unexpectedly large crude supply increases," Jim Ritterbusch, president of Ritterbusch and Associates in Chicago, said in a report.

U.S. sanctions have already halved Iranian crude exports over the past year to less than 1 million barrels per day (bpd), with shipments to customers expected to drop to as low as 500,000 bpd in May as sanctions tighten.

Bank of America Merrill Lynch said it expected Saudi Arabia "to bring back oil production slowly as Iranian barrels exit the market", adding that it expects Brent to have a floor at $70 a barrel in current market conditions.

Washington has also placed sanctions on oil exports from Venezuela, a founding member of the Organization of the Petroleum Exporting Countries (OPEC).

Some analysts, however, predicted production curbs agreed by OPEC and other producers such as Russia would continue to boost prices.

"The recent Brent pullback has taken prices too low in the face of tight fundamentals and growing supply risks, just as refiners come back from extended spring turnarounds," Goldman Sachs said.

In the United States, meanwhile, crude stocks have climbed to their highest since September 2017 and were forecast to have added another 700,000 barrels last week, according to analysts in a Reuters poll.

The poll was conducted ahead of reports from the American Petroleum Institute (API), an industry group, and the Energy Information Administration (EIA), an agency of the U.S. Department of Energy.

(Reuters, By Scott DiSavino, Additional reporting by Henning Gloystein in Singapore and Noah Browning in London; Editing by Marguerita Choy and David Goodman)