Russia's oil producer Lukoil said cumulative production at the West Qurna-2 field has reached 100 MMt of oil as part of successful implementation of Phase 1 of the project.

With 184 wells drilled at the field, the average daily production rate is 400,000 bbl, it said in a press release.

To manage the field's production, LUKOIL uses the intelligent field concept  which allows to control and adjust where necessary  the production indicators in real-time.

As of today, contracts have been signed to drill 57 production wells, including 54 at the Mishrif and 3 at the Yamama formations. 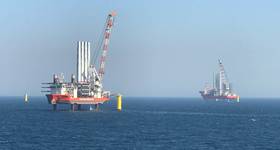