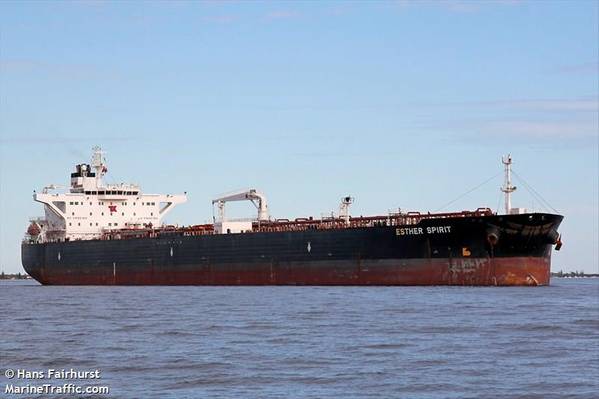 Two cargoes of U.S. crude oil have been booked to sail to Australia, trade sources and data companies said, highlighting the increasing global reach of exports from the United States.

Aframax tanker Esther Spirit loaded U.S. oil in early April at Enterprise Houston Terminal and is scheduled to discharge at Kwinana in Western Australia on May 20, ship-tracking data from Refinitiv and Vortexa showed.

BP Plc chartered the Silver Sun, an Aframax, to load from the U.S. Gulf Coast this week to Kwinana for $2.35 million, according to a shipbroker and Refinitiv data. BP operates a refinery at Kwinana producing fuels for Western Australia.

Crude exports from the United States tend to be so-called light grades that yield large amounts of gasoline and diesel when refined, and are classified as low-sulphur, or sweet.

BP said it does not comment on day-to-day sales and trading operations.

That will be the fourth Aframax tanker in two months that is heading to Asia directly from the United States. This is an unusual move as the costs of shipping oil in an Aframax, which can carry about 600,000 barrels of oil, are higher than moving oil on Suezmax tankers or Very Large Crude Carriers (VLCC) that can carry more than 1 million barrels.

Esther Spirit could be the first ever tanker to sail directly from the United States to Australia, said a Singapore-based trader who tracks this oil flow closely. From Houston to Kwinana is a distance of 11,250 nautical miles (20,800 km).

Freight rates for Aframaxes have come off while the direct shipment eliminates the need to do any ship-to-ship transfers in Asia, two trade sources said.

BP has been importing U.S. crude to Kwinana since late 2016. The oil major would usually transfer some U.S. oil from a supertanker to a smaller vessel before sending it to Kwinana, they added.

U.S. crude exports have surged to records since Washington lifted a ban in late 2015. U.S. crude arrivals in Asia in May are expected to rise to a record 38.1 million barrels, about 1.2 million barrels per day, according to Refinitiv Eikon data.

Two more Aframax tankers are on their way to Vietnam and Indonesia as the southeast Asian buyers import their first U.S. oil cargoes, Refinitiv data showed.

The Almi Horizon, carrying about 340,000 barrels of U.S. oil, will arrive at the refinery in Dung Quat, Vietnam, at the end of April while Indonesia will receive its first U.S. oil cargo in June.