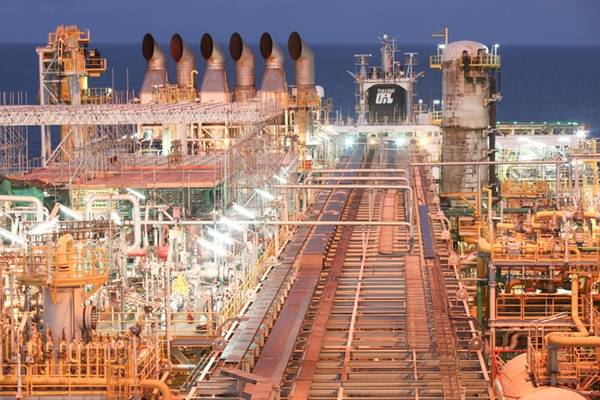 Tullow Oil downgraded its 2019 output guidance to 90,000-98,000 barrels of oil per day (bpd) due to problems at its Ghana fields and sees final go-aheads for its Uganda in the second half while its Kenya project timeline was "ambitious".

"(Ghana) performance was below expectations due to gas compression constraints on Jubilee during February and a delay in completing the Enyenra-10 production well at the TEN field. Both issues have now been resolved," Tullow said on Thursday.

"The ~3 percent reduction in 2019 net production guidance provides a headline, but should not concern investors in our view," Barclays said in a note.

Final investment decisions for its Ugandan project had been planned around mid-year and Kenya by the end of the year, which Tullow called "an ambitious target" on Thursday.

The shipment of a first cargo of Kenyan oil to test the market, which was originally planned in the first half as well, is expected to sail in the third quarter, Tullow said.

In Uganda, a $208 million payment after selling a stake in its onshore fields to Total in a so-called farm-down deal was delayed last year because the country asked for more tax on the deal than expected.

"These discussions are expected to conclude shortly and will enable completion of the farm-down," Tullow said.