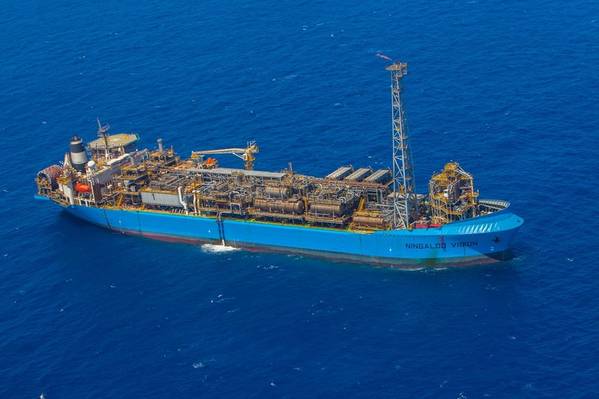 Santos in January announced first oil from the Van Gogh infill project, marking the completion of the two-well program that will increase production from the field. (Photo: Santos)

Santos said production for the quarter ended March 31 rose to a record 18.4 million barrels of oil equivalent (mmboe), up from 13.8 mmboe last year.

Revenue came in at $1.02 billion, the second-highest quarterly revenue on record, it said.

Revenue growth was slightly held back by lower oil and liquefied natural gas (LNG) prices, with domestic gas prices also lower due to pricing adjustments on a contract booked in the previous quarter and cyclone-related shutdowns, Santos said.

Net debt as at March 31, 2019 was $3.4 billion, down from the prior quarter, while the company also paid off $1.1 billion in gross debt during the quarter.

Santos' net debt rose after the Quadrant buy, which it funded through a combination of cash and new debt.

The company has radically restructured its business in the last two years by divesting non-core Asian assets and implementing sharp cost cuts to slash debt, shielding itself from takeover offers.

Shares of Santos, which was founded in 1954, have risen about 29 percent this year, as of last close.