Cameron LNG has begun pipeline feed gas flow to the first liquefaction train of the liquefaction-export project as it prepares to begin production of liquefied natural gas (LNG) at the facility in Hackberry, La., according to partners involved in the project. This is the final commissioning step for Train 1 of Cameron LNG Phase 1.

"We expect to start producing LNG this quarter," said Lisa Glatch, chief operating officer of Sempra LNG and board chair for Cameron LNG.

Following authorization received from the Federal Energy Regulatory Commission Friday, April 5, allowing the introduction of pipeline feed gas, Cameron LNG will begin ramping up the feed gas deliveries to the facility as it completes the commissioning process.

“Once Train 1 is fully operational, it will have the capacity to produce 4 million tonnes of LNG per year,” said Mark Coscio, McDermott’s Senior Vice President for North, Central and South America.

Since the initial award in 2014, McDermott International and Chiyoda International Corporation have provided the engineering, procurement and construction for the Cameron LNG project.

Phase 1 of the Cameron LNG liquefaction-export project, which includes the first three liquefaction trains, is a $10 billion facility with a projected export of 12 Mtpa of LNG, or approximately 1.7 billion cubic feet per day. 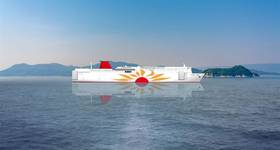 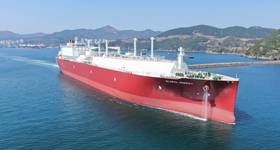