"The report was bearish relative to expectations, as crude inventories rose due, in part, to a steep drop in exports week-on-week," said John Kilduff, a partner at Again Capital LLC in New York. "The rise in crude oil inventories at Cushing was another bearish data point."

Venezuela's main oil export port of Jose and its four crude upgraders were unable to resume operations following a massive power blackout on Monday, the second in a month.

Oil prices have risen more than 25 percent this year, supported by supply curbs by the Organization of the Petroleum Exporting Countries and other major producers, along with U.S. sanctions on exports from Venezuela and Iran.

Disruptions in the United States have also lent support.

The U.S. Coast Guard on Monday reopened portions of the Houston Ship Channel with restrictions on waterways affected by a petrochemical leak and fire outside Houston that have disrupted ship traffic.

Hedge funds and other money managers have increased bets that demand for oil will be sustained, even as the market rallied last week. 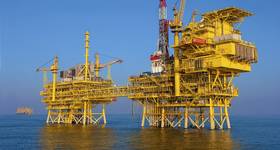