Tom Ewing is a freelance writer specializing in energy and environmental issues.... 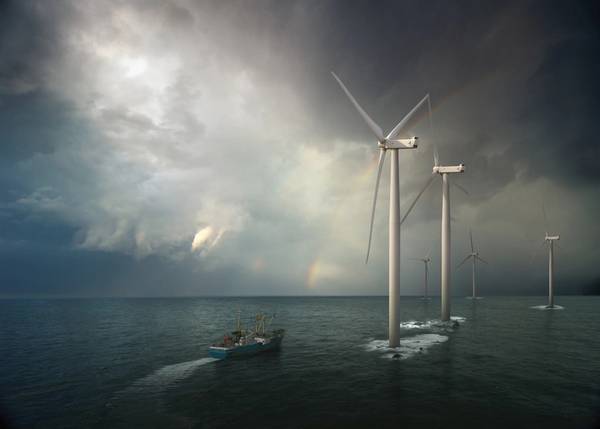 Virginia officials have established a well-planned, extensive strategy to build out an offshore wind industry, including wind towers for electricity generation and the supply chain to support that extensive infrastructure and operations.  The State’s big picture is ambitious: developing 2,000 MW of offshore wind by 2028.

As currently envisioned, VA’s offshore wind development will likely start this year with two 8-megawatt wind turbines 27 miles off the coast of Virginia Beach.  This is a Dominion Energy pilot undertaken in partnership with the Danish wind company Orsted.  The project is called “Coastal Virginia Offshore Wind;” it has been somewhat on-again/off-again because of cost recovery issues for DE.

In 2018, however, the regulatory picture changed big-time when VA’s legislature passed a critical energy bill called the “Grid Transformation and Security Act.”  This bill reset emerging renewable energy projects as being “in the public interest” an important change in status allowing a utility to recover at least some costs, say for a research or experimental project, through ratepayers’ electric bills.

Another critical building block that emerged in late 2018 was the establishment of an energy related business directory called the “Virginia Offshore Wind Supply Chain Resource Network Directory.”  Its purpose is to connect “offshore wind developers, wind turbine suppliers and other prime contractors with Virginia professional services, manufacturers, equipment and material suppliers and other general service providers relative to all phases of an offshore wind project.”  For details go to the Virginia Offshore Wind Development Authority (VOWDA) website.

Virginia’s Department of Mines, Minerals and Energy (DMME) is the lead state Agency for the Directory.  DMME has formed a Partnership with the Virginia Maritime Association (VMA) and the Virginia Ship Repair Association (VSRA).  This Partnerships Team is focused on identifying current Virginia suppliers with core maritime and manufacturing-related expertise.

The Directory allows a company to present its critical offerings and skillsets.  In addition to basic contact information – names, telephone, city/state location, etc. – the Directory lists, very briefly, engineering capabilities, equipment resources, manufacturing abilities, marine services and a brief description of specialized offerings.  In mid-February the Directory included 92 companies.  Most were from Virginia, but there were also companies listed from Louisiana, Minnesota and Ohio.

The Directory raises two important questions: (1) Who’s looking at the Directory and (2) How will it be used to help build out and operate this massive new energy system?  A Directory is of little value if it just languishes somewhere on some obscure website.

These questions are still under discussion.  Al Christopher is the Director within DMME’s Division of Energy.  Christopher said that as wind work starts in VA the Directory serves as a way for a business to “raise its hand and get noticed” by project managers looking for knowledge, skills and abilities.

Currently, the Directory is housed within DMME’s operations.  That’s likely tentative, and DMME staff is evaluating where the Directory would best be placed.  One idea is within a possible new “office of offshore wind,” or similarly named official site, an idea under consideration within the current Virginia legislative session.  Even beyond the Directory, Christopher said that a centralized office of offshore wind would serve as the prime initial contact point for VA’s wind projects and related work.

As this is written (mid-February), funding and details for a possible offshore wind office are still in play within VA’s legislative session.  Unfortunately, time is running out because the session ends February 23.  However, some kind of central wind office is broadly supported.  Funding for such an office has been part of previous Governors’ budgets and it is also one of five critical recommendations presented by BVGA Associates, a consultancy working with Virginia to advance offshore wind.

Another likely scenario for early wind work is through research projects, funded by a mix of federal, state and private-sector dollars.  For example, in 2017, the US Department of Energy (DOE) established the National Offshore Wind R&D Consortium.  Virginia joined the Consortium this January, along with Maryland and Massachusetts.  The Consortium includes established wind energy companies, e.g., Deepwater Wind, Shell and Orsted, as well as the Carbon Trust, the Renewables Consulting Group and DOE’s National Renewable Energy Laboratory (NREL).

To get started, the Consortium has three priority R&D topics:

This is all new work, really upcoming work.  The Consortium held the first meeting of its Board of Directors in October 2018 at which it approved its R&D roadmap, which, importantly, will be updated and kept current, a site to keep on a checklist.  (The Consortium is advertising for an Executive Director.)  The first R&D solicitation was planned for February. Initial project awards are expected by end of March. 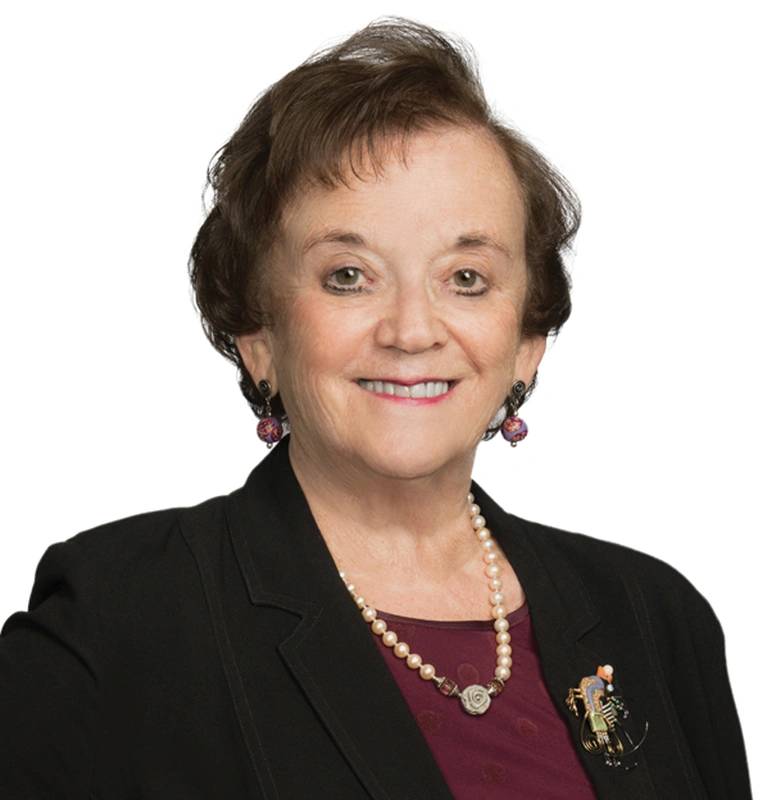 Joan Bondareff, a maritime attorney with Blank Rome in Washington, DC is Chair of VOWDA’s nine-member Board of Directors.

Joan Bondareff, a maritime attorney with Blank Rome in Washington, DC is Chair of VOWDA’s nine-member Board of Directors.  She was asked about priority topics and goals for 2019.  Like DMME, Bondareff emphasized the importance of BVGA’s recommendation for a centralized offshore wind office.  She said VOWDA, at its March meeting, will work on best ways to publicize the new supply chain Directory.  Finally, Bondareff supports developing a list of potential public and private “offtakers,” potential energy customers, e.g. Amazon2, who might purchase this new energy.

As noted, the Virginia Maritime Association (VMA) is one of the partnership organizations working with DMME to advance wind energy opportunities.  VMA has been active in critical areas, beyond its work with DMME.  Last fall, for example, it teamed up as a sponsor with the Sierra Club to update businesses regarding wind opportunities.  Its recent past president was on VOWDA’s Board.

David White is VMA’s Executive Vice President and Will Fediw is Vice President, Industry & Government Affairs.  They said VMA is pleased by Virginia’s moves on offshore wind.  VMA largely supports BVGA’s recommendations, one of which, as noted, is establishing a singular offshore wind office.  Fediw said that would be a significant first policy move because that new office could then be charged with following up on BVGA’s other recommendations (more below).

Regarding the Dominion Energy/Orsted two-turbine pilot project White said VMA is working to educate its members about opportunities.

Importantly, and again referencing concurrent state and regional initiatives, VMA’s message to businesses is to keep their eyes open for work not just in Virginia but within the multi-state R&D Consortium.  White said VMA is seeking ways to “collaborate to bring (offshore wind) industry to the region.  We want everyone to ‘lean in’,” he continued, “to attract industry, not just in VA but in other markets.  We are well positioned to play a significant role for construction, supply and service up and down the Atlantic coast.”

BVGA’s recommendations are worth a closer look because the suggestions have been incorporated within Virginia’s overall 2018 Energy Plan.

• Create a “Virginia Office for Offshore Wind” to provide a clearinghouse and facilitator to advance offshore wind.  Provide regular updates covering market and technology development, project schedules, supply chain opportunities and other resources as appropriate, and to develop a roadmap “to achieve the Commonwealth’s 2GW offshore wind commercial development goal by 2028.”

• Solicit and attract "anchor tenant" suppliers, with a focus on major components.

• Enable and grow partnerships and infrastructure.

At center stage now is Orsted’s work with Dominion Energy on the pilot, two-turbine Coastal Virginia Offshore Wind project.  Hayes Framme, with Orsted, said that onshore construction will likely start this spring.  Site analyses to prepare for offshore construction is expected in 2020.  Material fabrication – for cable, foundations and turbines – will start in 2019.

Framme was asked whether Orsted will work with the new supply Directory.  He said Orsted tries to “use all available tools to identify potential supply chain partners in the markets in which we operate.  Sourcing materials, services, and workforce locally is important to us and we work to do this when possible.”  Importantly, Dominion Energy is on VOWDA’s Board of Directors and VOWDA, of course, is directly linked to the Directory.

Important first step: are you on the Directory?