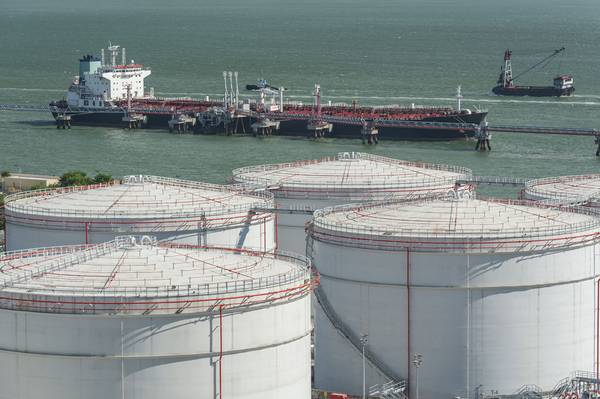 An oil tanker carrying U.S. crude oil is offloading its cargo at a Chinese port on Friday, marking China's first import from the United States since late November, according to trade sources and Refinitiv data.

Trade tensions between the United States and China cut U.S. oil exports to Asia to a trickle in the second half of last year. No U.S. crude volumes were recording going into China October, December and January, according to China customs.

The Kara Sea, an Aframax tanker capable of carrying up to 600,000 barrels of oil, is discharging its cargo of Eagle Ford crude at China's eastern port of Qingdao, the data showed.

Eagle Ford is a light crude produced from shale formations.

The cargo had been transferred to the Kara Sea from supertanker Olympic Luck, which had U.S. crude including Eagle Ford onboard, Refinitiv analyst Emma Li said.

BP chartered Kara Sea, and the receiver of the oil is Hongrun Petrochemical, an independent refiner in Shandong province, she said.

The cargo discharging on Friday will likely be credited to February by China customs.