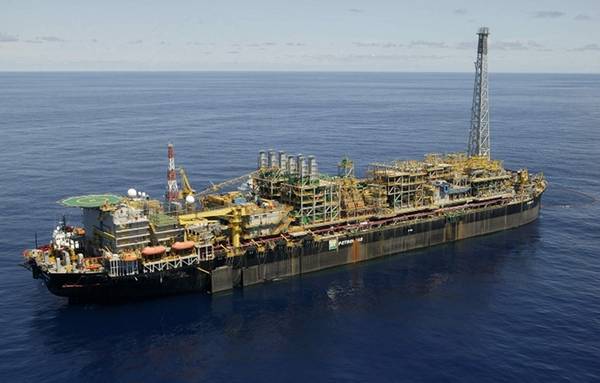 Brazilian state-run oil firm Petroleo Brasileiro SA reported its first annual profit in five years on Wednesday as it swung to a net profit in the fourth quarter, although one-time provisions and writedowns led it to miss estimates.

In a securities filing, Petrobras, as the company is known, said fourth-quarter net income rose to 2.102 billion reais ($564 million), compared with a loss of almost 5.5 billion reais in the same period a year earlier.

Chief Executive Roberto Castello Branco, who took the reins in January, called 2018 the best year in some time, while adding that there was still much more to be done across several business segments.

Net income for full-year 2018 came to 25.779 billion reais, the company's first full-year profit since 2013. That figure widely missed the Refinitiv I/B/E/S estimate of 34.9 billion reais, due in large part to impairments and contingencies related to legal disputes.

Petrobras took charges of around 11.4 billion reais in the fourth quarter for various impairments and money put aside as judicial contingencies.

Among the major sources of writedowns was the settlement of a royalties dispute with regulator ANP over an oil producing zone known as Parque das Baleias, as well as an arbitration dispute with U.S.-based Vantage Drilling Co.

"The results in our opinion are great. We've been living with one-off charges since the first settlement of Car Wash," said James Gulbrandsen, chief investment officer for Latin American investments at NCH Capital, referring to a graft investigation that has hit Petrobras in recent years.

The company's ratio of net debt to EBITDA fell to 2.34 at the end of the year, beating the company's goal of 2.5 as widely expected.

The firm boosted production of oil and natural gas liquids to 2.115 million barrels per day in the fourth quarter, up 5 percent from the prior quarter.