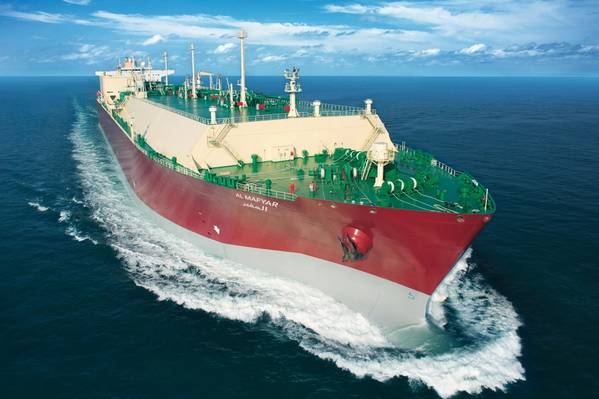 Shell's forecasts, which see LNG demand rising to 354 million tonnes this year and to 384 million tonnes in 2020, reflect a burgeoning industry with new production facilities opening in Australia, the United States and Russia and more countries becoming importers by constructing receiving terminals.

Shell, the world's largest buyer and seller of LNG as well as a major producer, said that China is set to double its LNG consumption by 2035 after it accounted for over half of the growth in traded volumes last year.

Natural gas is expected to be the fastest-growing source of energy in the coming decades, displacing coal in power plants and heavy industries. LNG, where natural gas is chilled to minus 160 degrees celsius (minus 260 Farenheit), allows transportation of the fuel from gas fields to demand centres.

The transition to gas, the least polluting fossil fuel, has been in large part driven by government policies aimed at reducing pollution in China and India or by reduced reliance on nuclear power in countries such as Germany and Japan.

Asia dominates the market with Japan remaining the top buyer. China became the second largest in 2017.

Beijing has led an aggressive drive to switch coal-powered plants to gas in recent years with the aim of growing the share of gas in China's energy mix from 4 percent in 2010 to 10 percent by 2020.

Shell is also betting on a rapid increase in demand for LNG in the ground transport and marine sectors.

Due to the uneven progress of developing liquefaction-export facilities on the one hand and regasification-import terminals on the other, many analysts see the global market becoming oversupplied if not this year then next year.

But most, including Shell, also see a supply crunch around the mid-2020s because, at the moment, there are not enough liquefaction facilities being planned, financed and built.

Such projects are underpinned by long-term supply contracts struck years in advance by their operators. Between 2014 and 2017 buyers were signing shorter-duration contracts for smaller volumes, making financing difficult to complete.

However, Shell said the duration of contracts signed last year had on average more than doubled to 13 years.

"A rebound in new long-term LNG contracting in 2018 could revive investment in liquefaction projects," Shell said. "Based on current demand projections, Shell still expects supplies to tighten in mid-2020s."

Spot trade amounted to 1,400 cargoes in 2018, which was close to 30 percent of the global market compared to 25 percent in 2017, Shell said. Spot trade, the buying and selling of cargoes for immediate delivery, signals a more flexible, mature market.

Shell sold 77 million tonnes of LNG in 2018, roughly 22 percent of the global market share, and produced around 35 million tonnes.