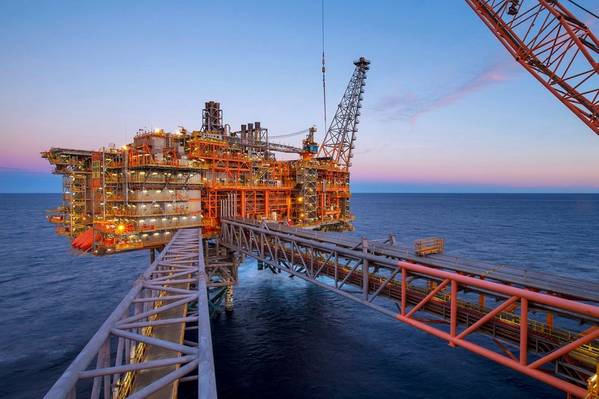 The higher-than-expected payout came after shareholders stumped up $2.5 billion to buy new shares a year ago at a time when Australia's biggest independent oil and gas producer expected oil prices to average $65 a barrel.

By the end of the year it was flush with cash as oil prices had averaged $71 and the Wheatstone liquefied natural gas (LNG) project, run by Chevron Corp and partly owned by Woodside, performed better than anticipated.

"We thought it was prudent to reward our shareholders for supporting us last year in the equity raising, given that pricing and production has been stronger than we expected when we raised that equity," Woodside Chief Executive Peter Coleman told reporters on a conference call.

Woodside's shares rose as much as 3.4 percent in a broader market that was up 0.4 percent.

"The dividend was the big surprise, a second-half payout ratio of about 100 percent," RBC analyst Ben Wilson said in a note.

"The increased dividend will be welcomed by some, particularly given the strong appetite for cash-flow generation and higher distribution from investors in energy companies globally, driven by increased oil price volatility," Wilson said.

The total dividend was $852 million, or 144 cents a share, compared with analysts' forecasts of around 135 cents a share, according to Refinitiv estimates.

With an eye on growth, Woodside in January pledged between $1.6 billion and $1.7 billion towards projects this year, with most of that flowing into early work on its Scarborough and Browse gas developments and expansion of its Pluto LNG plant in Australia, as the company aims to double LNG production by 2027.

The capital raising last year was partly to help Woodside buy a 50-percent stake in Scarborough for $744 million, giving it a total stake of 75 percent.

It is now looking to sell part of that by the end of this year, fielding interest from a number of international parties, Coleman said. He did not name the companies.

There is speculation Saudi Aramco is one of them, after Saudi Arabia's energy minister Khalid al-Falih said in an interview with the Financial Times this week the world's biggest oil producer was looking at investments offshore, including Australia.

"Woodside as a company, and Australia as a country, could be perceived as a more manageable investment destination for Saudi Aramco's global LNG ambitions compared to some other pre-FID (final investment decision) projects," said Credit Suisse analyst Saul Kavonic.