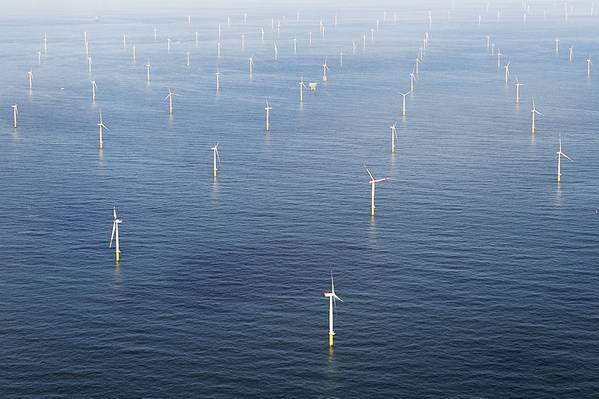 Danish offshore wind developer Orsted reported full-year profit above expectations on Wednesday and said it would consider restarting its activities in Taiwan following a new proposal from the local government.

Orsted earlier this month put two new major projects in Taiwan on hold and said it was "very concerned" about a proposal for a production cap and lower feed-in tariffs, but said on Wednesday it would review new proposals from the local government.

"We will now collaborate closely with the supply chain to mitigate the adverse impacts from the production cap and the reduced feed-in-tariff with the objective of making the projects investable," said Orsted's offshore wind executive Martin Neubert.

In a separate statement, Orsted said its full-year earnings before interest, taxation, depreciation and amortization (EBITDA) without new partnerships increased by 18 percent to 15 billion crowns, which was above the guided 13-14 billion range.

"The increase compared to the latter was mainly due to higher achieved Renewable Obligation Certificate recycle values, lower than expected costs, and better than expected progress on Borkum Riffgrund 2 resulting in higher partnership gains and faster ramp-up of generation," it said.

Group earnings before interest tax, depreciation and amortisation came in at 30.0 billion Danish crowns ($4.59 billion) in 2018, compared with a 28.5 billion crowns forecast in a Reuters analyst survey.

The full-year earnings were originally scheduled for Jan. 31, when it will release its full annual report where it also is expected to provide a forecast for 2019.