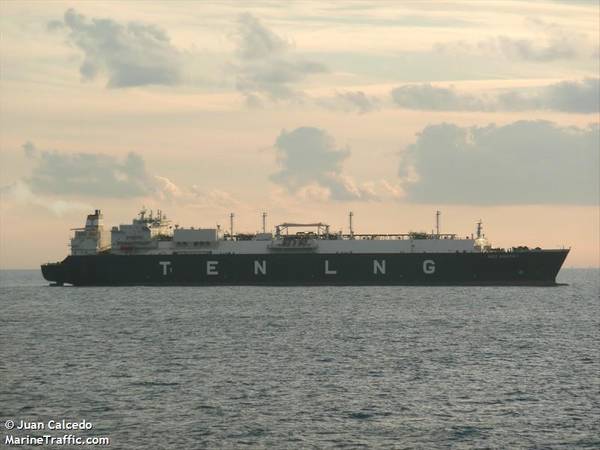 China faced a severe winter gas shortage last year after switching millions of households to natural gas from coal for heating, prompting Chinese companies this winter to secure supply well ahead of time, they said.

However, the winter so far has been relatively mild and weather data from Refinitiv Eikon largely points towards warmer than usual temperatures ahead, leaving suppliers with high levels of inventory.

The LNG tanker Neo Energy, which has a capacity of about 150,000 cubic meters, loaded the super-chilled fuel from the Bontang plant in Indonesia on Nov. 15 and has been floating the cargo since then, data from Refinitiv Eikon showed.

The vessel is currently anchored fully laden at Jisepo in South Korea.

Storing LNG on tankers is generally seen as riskier than holding crude oil on the water, given higher storage costs and the fact that LNG cargoes degrade over time by evaporating.

Storing the cargo offshore is part of CNOOC's policy of ensuring that supply is available in case of an emergency, a source familiar with the matter said, declining to elaborate.

A spokesman for CNOOC, one of China's big three state-owned oil and gas producers, could not immediately be reached for comment.

Trade sources said the company may have overbought cargoes in anticipation of a winter supply crunch after suppliers were left scrambling last year to find enough cargoes.

"Chinese companies have learnt their lesson from previous years and were adequately prepared this time," a trader familiar with the Chinese market told Reuters.

CNOOC spent $10 million in late 2017 to lease two tankers including the Neo Energy to store an emergency stash of the fuel under a short-term agreement to meet last winter's demand, Reuters reported.

At the time, CNOOC parked the two tankers between its receiving terminals in Tianjin in the north and Ningbo on the east coast, and moved the ships around to pick up new supplies once they were emptied, a source said.

Asian LNG prices are currently at the lowest seasonal average in two years, according to Eikon data.