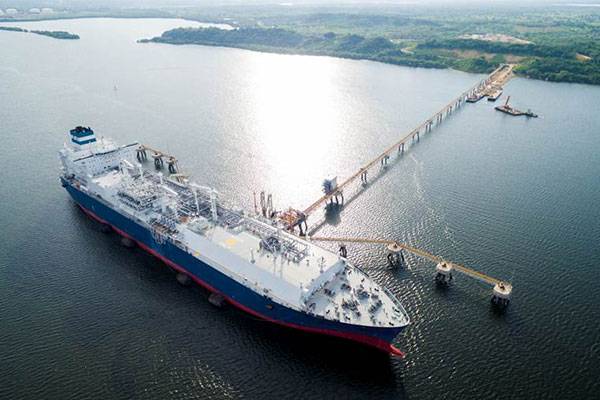 Liquefied natural gas (LNG) demand from emerging markets in Asia, Africa and South America was expected to be boosted by FSRU technologies that are less expensive and time-consuming than onshore import terminals.

But a boom in speculative FSRU orders from shipowners led to an oversupply of units this year as import projects across the world were delayed or cancelled, suggesting demand had been overestimated.

Norway's Hoegh LNG announced on Friday a second contract for an FSRU in Australia this year.

The FSRU project for the import of LNG at Crib Point in Victoria developed by Australia's AGL Energy Ltd will allow Hoegh to charter out its FSRU for 10 years.

The move comes as Australia's eastern states suffer from gas shortages even though LNG production on the west coast made the country the largest LNG producer in November.

In August, Hoegh LNG won a tender for an import project in New South Wales developed by Australian Industrial Energy, a consortium that includes Japan’s JERA and Marubeni Corp.

"We will only work with either major energy or state companies now," Hoegh's chief executive, Sveinung Stoehle, told Reuters.

Hoegh has pulled out of FSRU projects in Ghana, Chile and Pakistan due to delays and cancellations.

Stoehle said he sees Asia as the main market for Hoegh FSRUs now. The FSRU Hoegh Esperanza started a contract for China's CNOOC this year. Stoehle hopes to deliver one more FSRU to China in the next two years.

"We will not place new orders until we have long-term deals for (our existing FSRUs)," he added.

With the Australian deals concluded, Hoegh is thought to have two FSRUs still not committed to a long-term contract. However, the company is a frontrunner for an import project in an Asian country, with a decision due within a year, Stoehle said.

Hoegh is also in advanced talks with Germany's Uniper on the Sharjah FSRU project in the United Arab Emirates, a source familiar with the talks said.

Other shipowners appear to be taking a similar strategy. Belgium’s Exmar said it also would look for long-term contracts before ordering new vessels.

After the sale of a 50 percent stake in its four units to U.S. firm Excelerate Energy in 2017, the company has only one FSRU, a barge-based unit chartered for 10 years to Swiss trading house Gunvor for a Bangladesh import project, now halted by political uncertainty in the country.

"We have not taken any final decision yet but its chances are very thin," said Mohammad Quamruzzaman, managing director of Rupantarita Prakritik Gas Co, the unit in charge of LNG imports at Bangladesh’s state-owned oil firm Petrobangla.

Japan’s Mitsui O.S.K. Lines (MOL) said it had not placed new orders for FSRUs this year either, adding that it was awaiting a final investment decision (FID) on an import project in Germany, also developed by Uniper.

“FID on this project is targeted to take place within 2019," an MOL spokesman said. "We will order FSRU for the project after FID."

Keith Bainbridge, director of CS LNG shipping consultancy, said he would be surprised to see any FSRU orders apart from the MOL Germany FSRU in 2019.

The oversupply of units led to around seven FSRUs being employed as LNG carriers this year, shipbrokers said.

"The problem of oversupply goes back to domestic politics (in emerging economies)," Bainbridge said.