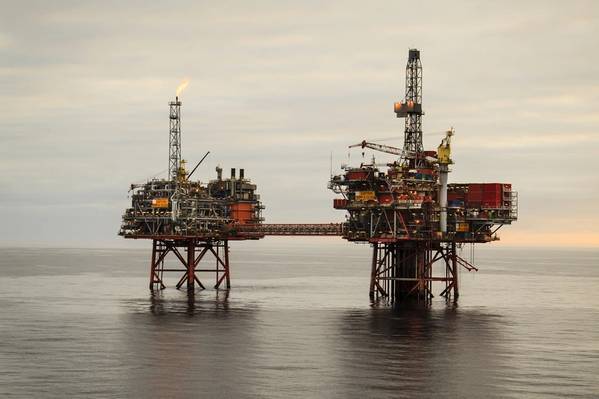 Energy giant Chevron announced Tuesday it has received approval from the U.K. Oil and Gas Authority (OGA) to move ahead with its plans for an Enhanced Oil Recovery (EOR) project that aims to unlock millions of extra barrels of oil and extend the life of the long-producing Captain field in the U.K. Central North Sea.

Chevron North Sea Limited (CNSL), which operates Captain as 85 percent stakeholder, said its plan includes applying polymer injection technology to increase production and help maximize economic recovery from the field located approximately 145 kilometers northeast of Aberdeen. Production consent for the first stage of the EOR project advances this technology and is said to be a first on the U.K. Continental Shelf (UKCS).

The billion-barrel Captain field is located in Block 13/22a on the edge of the outer Moray Firth. It achieved first production in March 1997 – 20 years after discovery in 1977 – with the help of technology developments in horizontal drilling and down-hole pumps. Dana Petroleum (E&P) Limited holds the other 15 percent interest in the field.

The field includes a wellhead protector platform (WPP) and bridge linked platform (BLP) connected to a floating production, storage and offloading (FPSO) vessel and two subsea manifolds tied back and connected to the platforms by a suite of pipelines. Shuttle tankers transport crude oil offloaded from the FPSO either directly to customers or to the Nigg Bay terminal, while gas is transferred via subsea pipeline to the Frigg U.K. gas transportation system and then on to St Fergus gas terminal.

“For many years, the Captain field has been under waterflood, meaning a lot of effort has been focused on water production and treatment,” Chevron said on its website. “However, with bypassed oil remaining in place due to the way waterflood results in a coning effect in the reservoir, EOR presents an opportunity to unlock significant potential by reducing the mobility contrast between the polymerized water and viscous oil.”

The U.S. based oil major said it has been able to fine-tune plans to progress the polymer EOR project based on trials at Captain dating as far back as 2010.

“The brownfield expansion will be centered on the existing Captain infrastructure, located in a segment of the field supported by the existing platforms, known as Area A. The scope includes polymer injection in up to six long-reach horizontal wells, several brownfield work scopes, and the bulk provision of polymer designed for the specific reservoir conditions at Captain,” it said.

Chevron said a second stage of the project would involve EOR expansion into the subsea areas of the field.

“Operational approval of the Captain EOR project progresses the application of a technology that has demonstrated an improved recovery rate, which can now be applied to other fields and help extend the life of assets,” said Greta Lydecker, Managing Director, Chevron Upstream Europe. “Advanced EOR technology in the North Sea supports the U.K. government’s strategy of Maximizing Economic Recovery (MER UK) of its offshore energy resource.”

Deirdre Michie, Oil & Gas U.K.’s chief executive said, “Chevron’s investment in and commitment to this new technology is a great example of how companies are addressing unique, area-specific challenges that can unlock significant remaining reserves and rejuvenate existing infrastructure in the Central North Sea. In doing so, Chevron is contributing to our shared ambition to deliver Vision 2035 and add another generation of production to the UKCS.”

Gunther Newcombe, Director of Operations at the Oil and Gas Authority, said, “We are delighted to approve the Captain Enhanced Oil Recovery Phase I Field Development Plan, which delivers part of the OGA’s EOR Strategy (2016). This is the 18th project to be sanctioned on the UKCS this year and reinforces the tremendous potential of the basin. Chevron’s investment in EOR technology, the first of this kind to be deployed in the North Sea is expected to unlock millions of extra barrels of oil, adding several years to the life of this mature asset, demonstrating strong progress towards Vision 2035.”