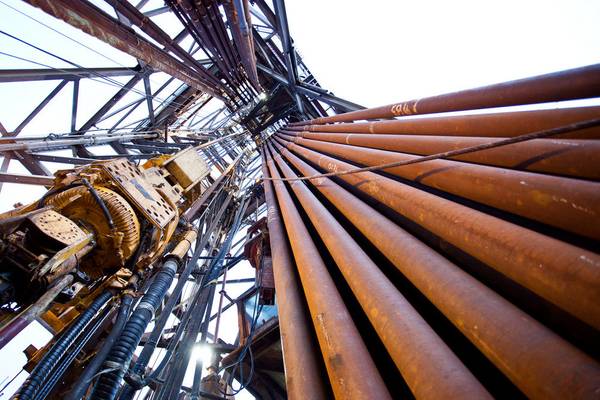 Pressure on oil companies to tackle climate change is growing after an activist group for the first time filed a shareholder resolution urging BP to set hard targets for reducing overall carbon emissions.

Follow this, a Dutch organization that spearheaded a number of climate shareholder resolutions at Royal Dutch Shell's AGMs over the past three years said it also filed one with the Anglo-Dutch company for 2019.

It also plans to file a resolution with U.S. rivals Exxon Mobil and Chevron "unless other parties file a similar resolution," it said in a statement.

The 2019 resolution calls on the companies to set and publish targets for the reduction of carbon emissions in line with the 2015 Paris Climate Accords to limit global warming to 2 degrees Celsius by the end of the century.

The targets should include emissions from the drilling and refining operations as well as for the burning of fuels and products such as plastics which are sold to millions of customers around the world, known as Scope 3 emissions.

It calls on the companies to set clear metrics to measure greenhouse gas emissions and disclose information on progress.

"Targets should be on the agenda of every oil company, given that the oil industry can make or break the Paris Climate Agreement," said Follow This founder Mark van Baal.

BP and Shell confirmed the resolutions had been filed.

BP "will consider the resolution carefully and make a response and recommendation to our shareholders as part of our Notice of Meeting prior to the AGM," a spokesman said.

A Shell spokeswoman said the Follow This resolution was "unnecessary" after the company last week announced plans to set sector-leading emission targets that will be linked to executive pay and include Scope 3 emissions.

"We are planning short-term targets for the net carbon footprint of our energy products. This will allow us to demonstrate clear progress towards our long-term ambition in this area," Shell said.

Shell's board has consistently opposed the Follow This resolutions which were voted down with less than 6.34 percent of the vote since 2015.

In the 2018 AGM, the discussion around the resolution however led to a heated debate between van Beurden and van Baal.

BP earlier this year announced plans to keep emissions flat over the decade to 2025, which are nevertheless limited to its own operations.

BP has faced several shareholder resolutions in the past focused mostly on emissions disclosure.