China's Sinochem Group agreed to annual crude oil supply deals for 2019 with Saudi Aramco and Kuwait Petroleum Corp (KPC) with volumes from both suppliers more than 20 percent higher than in 2018, a senior Sinochem executive said on Friday.

The Saudi volumes will be processed at Sinochem's wholly-owned Quanzhou refinery in southeast China's Fujian province, as well as at the Hongrun refinery in Shandong province and the West Pacific Petrochemical Corp (WEPEC) plant in Dalian, the executive said, declining to be named because he is not authorised to speak to the media. Sinochem, a state-run conglomerate with interests in oil to agriculture, owns stakes in both Hongrun and WEPEC. The company did not immediately respond to a request for a comment on Friday.

The Kuwaiti supplies will go to Quanzhou and Hongrun, the Sinochem executive said, speaking on the sidelines of an industry event in Shanghai. He declined to state the outright volumes.

Sinochem's 2019 contracts, inked earlier this week, were among a clutch of contracts signed by Chinese oil companies during the China International Import Expo in Shanghai, which ends on Saturday.

PetroChina signed annual crude oil supply deals with Aramco and KPC at the Expo on Wednesday, while Sinopec inked a 2019 supply deal with KPC on Thursday. 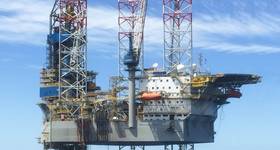