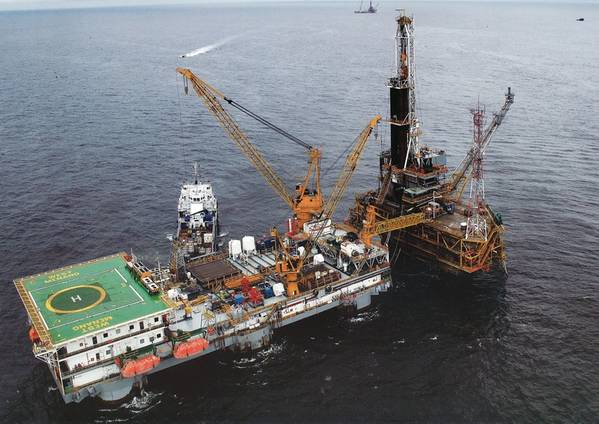 Austria's OMV has agreed to establish a joint venture with Malaysia's Sapura Energy Bhd , paying $540 million for a 50 percent stake in its exploration assets in line with its strategy to expand in Southeast Asia.

Sapura Energy will transfer $350 million of its debt into the new firm, called SEB Upstream Sdn Bhd (SUP), of which OMV has agreed to refinance half, an OMV spokesman said.

OMV also agreed to pay up to an extra $85 million, dependent on whether exploration in Mexico is successful and on oil prices, the OMV spokesman said, adding that there was no time frame for the payment.

Sapura has a very good portfolio of oil and gas fields and will see production rise six-fold in the next six years, OMV exploration chief Johann Pleininger told journalists a few weeks ago.

OMV, which is betting on increasing demand for fossil fuels, wants to expand in low-cost countries outside Europe and has declared Southeast Asia a new core market.

The Austrian group has set aside 10 billion euros for acquisitions by 2025, of which it has now used around 2.5 billion.

Earlier this year, it expanded its operations in New Zealand and the United Arab Emirates to balance geopolitical risks it faces in countries such as Russia, Libya and Yemen.

OMV plans to produce 100,000 barrels of oil equivalent (boe) - or the amount of energy equivalent to that found in a barrel of crude oil - per day in Southeast Asia by 2023, according to Pleininger.

That would be comparable to OMV's current production in Russia and 40 percent more than in Norway.

Malaysia's largest oil and gas services company has posted losses for four consecutive quarters, but its upstream business has been profitable.

SEB Upstream will be jointly managed by the Austrian and the Malaysian firms, Sapura said in a statement.