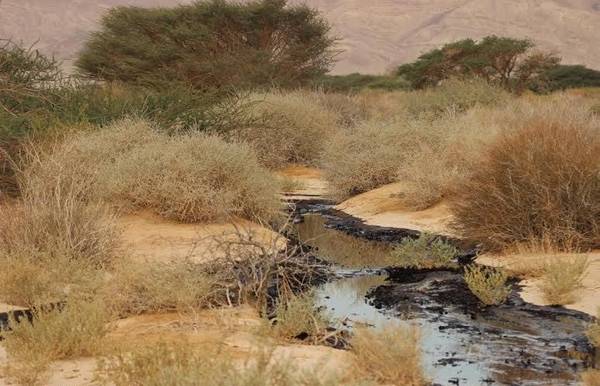 (Photo: Noam Weiss - Society for the Protection of Nature in Israel)

The ministry sent its estimate to a mediator for its case against the Eilat-Ashkelon Pipeline Company (EAPC), a major oil distributor in Israel. Worried about national security, the government maintains tight control over EAPC, and much of its business dealings are under military censorship.

There is also a criminal investigation into EAPC over what experts called the worst spill in Israel's history.

In December 2014, a pipe burst in southern Israel, pouring millions of litres of oil into a desert nature reserve. EAPC was already forced to pay 65 million shekels for a clean-up and environmental rehabilitation, which is included in its total estimate of damage, the ministry said.