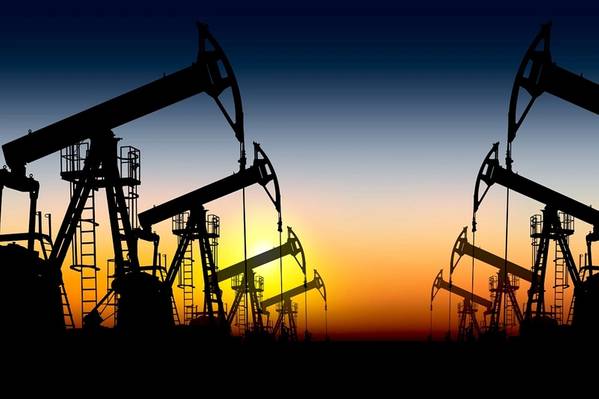 Oil prices fell more than 2 percent on Tuesday on signs of rising supply and concerns that global economic activity and fuel demand would be hit by a deepening U.S.-China trade dispute.

Both contracts had recovered some ground over the past few days but are now more than $10 a barrel below four-year highs reached in the first week of October.

"This is making for a bearish environment and is being compounded by a perky dollar."

Oil has been caught in the global financial market slump this month, with equities under pressure from the trade conflict between the world's two largest economies.

The International Energy Agency (IEA) on Tuesday said that high oil prices were hurting consumers and could dent fuel demand at a time of slowing global economic activity.

"There are two downward pressures on global oil demand growth. One is high oil prices, and in many countries they're directly related to consumer prices. The second one is global economic growth momentum slowing down," IEA chief Fatih Birol told an energy conference in Singapore.

Oil is also under pressure from rising output by the world's biggest producers - Russia, the United States and Saudi Arabia - who are helping to replenish global oil inventories after more than a year of stock draws.

That's an increase of 10 million bpd since the start of the decade and means the three producers alone now meet a third of global crude demand.

The United States is set to impose new sanctions on Iranian crude from next week and exports from the Islamic Republic have already begun to fall.

But there appears to be no significant shortage of crude. Saudi Arabia and Russia have said they will pump enough to meet demand once U.S. sanctions are imposed.

(Reuters, Reporting by Christopher Johnson in London and Henning Gloystein in Singapore)