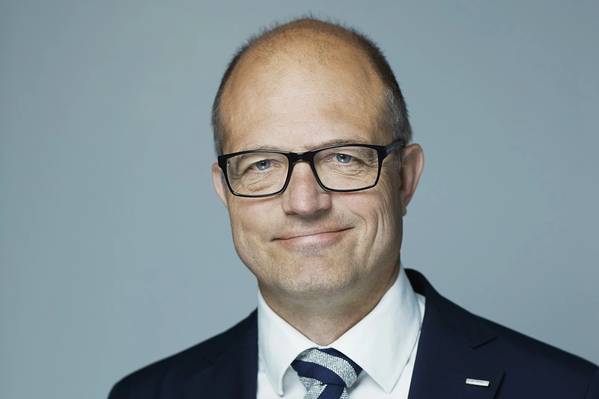 Kvaerner, a Norwegian builder of oil platforms, aims to increase its revenue by some 40 percent by 2022 by expanding abroad, the company said on Tuesday after reporting a sharp decline in third-quarter earnings that drove down its shares.

"In a period where some recently awarded projects are not yet recognising margin and with less effects from milestones and incentives in other projects, this influences EBITDA and margins, as expected," the company said in a statement.

However, Kvaerner said its prospects are improving and there was a stronger market outlook.

The construction of floating production, storage and offloading (FPSO) vessels for the oil industry is among the most promising opportunities, the company added.

Kvaerner Chief Executive Karl-Petter Loeken said he aims to increase revenues to 10 billion crowns by 2022 from an expected 7 billion in 2018 by consolidating the company's position at home and growing internationally.

Kvaerner is also present in the United States, Canada, Britain, Finland and Russia, where it hopes to achieve growth.

Kvaerner maintained its 2018 outlook and said its EBITDA margin in the fourth quarter was expected to be "somewhat lower" than it was in the third quarter, which was 5.2 percent, down from 15.1 percent a year ago.

It's EBITDA and EBITDA margins have been falling since the third-quarter in 2017 as the company was wrapping up some large contracts, including at Norway's giant Johan Sverdrup oilfield, and no longer benefited from incentive payments.

Loeken declined to comment on the 2019 outlook, but said the company aimed to reduce its costs further to improve profitability, while competition remained "fierce".

More consolidation among oil industry suppliers could help, he added.

"I think if you look some years ahead, further consolidation is probably a natural answer," Loeken told Reuters.

Kvaerner's CEO declined to say whether the company was having any talks with its competitors, which include Aibel, 32 percent owned by Swedish private equity group Ratos.