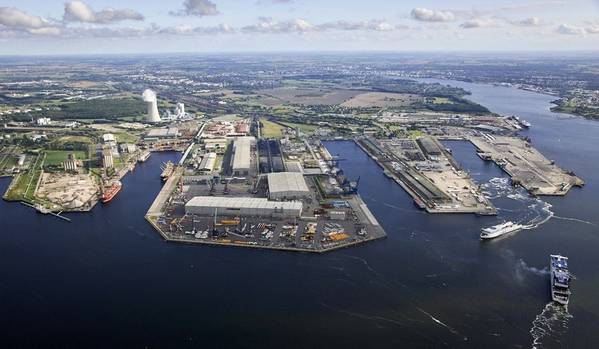 Russian gas producer Novatek and Belgium's Fluxys joint venture Rostock LNG GmbH has signed a Land Lease Agreement with the Port of Rostock with a view to building and operating a mid-scale liquefied natural gas (LNG) storage terminal in the port.

The envisaged facility is to unlock LNG as a low emission alternative for heavy fuel oil, diesel and LPG in North and Central Europe and the Baltic Sea area.

The joint venture (Novatek 49% - Fluxys 51%) intends to build and operate a terminal for receiving and unloading mid-scale LNG carriers, keeping LNG in storage and providing services to enable downstream distribution of LNG: Truck loading (and possibly rail carriages) to supply LNG to industry or LNG-fueling stations for trucks and reloading to supply LNG amongst other as bunker fuel for ships operating in the Baltic Sea.

The mid-scale LNG storage terminal in the port of Rostock is to receive LNG carriers from the liquefaction facility which Novatek is currently building in the port of Vysotsk near Saint-Petersburg. Following the signature of the Land Lease agreement, Rostock LNG GmbH is to proceed with the engineering and permitting processes.

Pascal De Buck, Managing Director of Fluxys, stated: “Fluxys as gas infrastructure partner is pleased to team up with Novatek in this venture to facilitate the market for liquefied natural gas as low emission fuel in North and Central Europe and in the Baltic Sea area. Gas and gas infrastructure are key to develop a sustainable, reliable and affordable energy system and the Rostock project will allow industry, ship owners and haulage companies to significantly cut emissions impacting health and air quality as well as reducing their carbon footprint.”