New Book Release: Why Only Two FPSOs in the U.S. Gulf of Mexico? 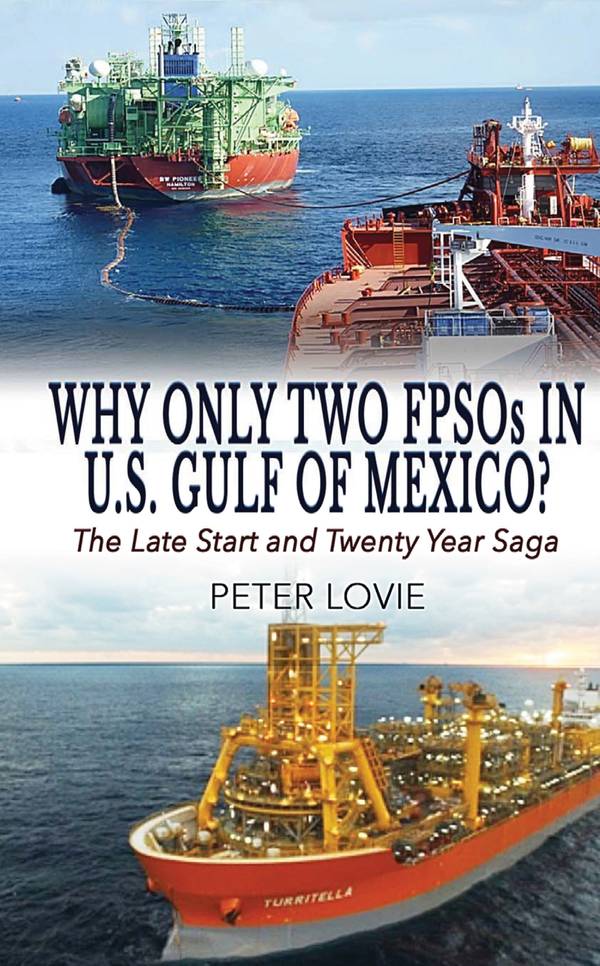 More than 40 years have passed since the trailblazing Shell Castellon started operation as the first floating production storage and offloading (FPSO) unit in 1977. Ever since, hundreds of these vessels have operated worldwide, and the oil industry has reaped their benefits. Despite continued international popularity and dominance, compelling advantages, and technological advancements, the adoption of FPSOs has faced particular challenges in the U.S. Gulf of Mexico, where there have been only two FPSOs to date. In this new release, industry subject matter expert Peter Lovie explains why.

Peter Lovie traces the turbulent history of FPSOs in the U.S. Gulf of Mexico, examining with key insight the tumultuous events which have unfolded over the years: ambitious ventures, regulatory upheavals, the 2005 hurricanes which ravaged the oil industry, and more. With his vantage point as an industry insider, Lovie weaves a fascinating background to the current state of the oil industry. He lifts the curtain to explore the key players in the multifaceted, contentious effort for FPSOs, including the innovative individuals and powerful companies vying for precedence.

The new book can be bought via www.FPSOsinGoM.com or via Amazon and other online suppliers.