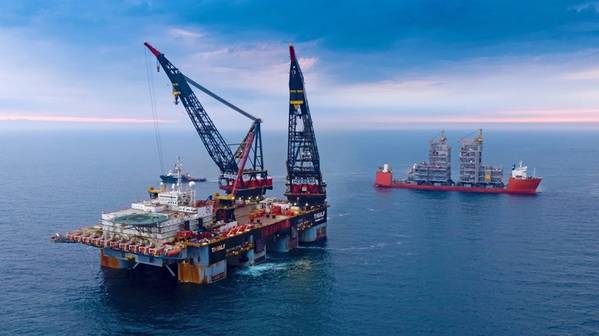 Norway has again revised up the estimated cost of developing the Martin Linge oil and gas field, which state-controlled Equinor bought from France's Total last year, with the start-up delayed until 2020, according to the fiscal budget.

The North Sea field is now expected to cost 47 billion crowns ($5.7 billion) to develop, up from the 41 billion crowns estimated last year, and 59 percent more than originally seen in 2012.

The field's start-up has also been pushed back to the first quarter of 2020 from the first half of 2019, the budget showed.

Equinor, formerly known as Statoil, became the operator of the field in 2017 after buying a 51 percent stake from Total for $1.45 billion.

Equinor confirmed the start-up delay in a separate statement, and said the cost increase was based on its assessment of the remaining work.

Despite the increase, the company said it had managed to cut costs for its combined developments on the Norwegian continental shelf by 30 billion crowns compared with original estimates.

The company has reduced costs at its Johan Sverdrup Phase 1 development by 30 percent alone to 86 billion crowns, it said.

The two estimates are far apart because the budget and company treat exchange rate effects differently.

The budget estimate also included costs for permanent reservoir monitoring and a polymer injection project at Johan Sverdrup, which the company included in capital spending for the Johan Sverdrup Phase 2 project, Equinor said.

As of Sept. 1, there were 18 field developments on the Norwegian continental shelf, with approval pending for another three projects, the budget showed.